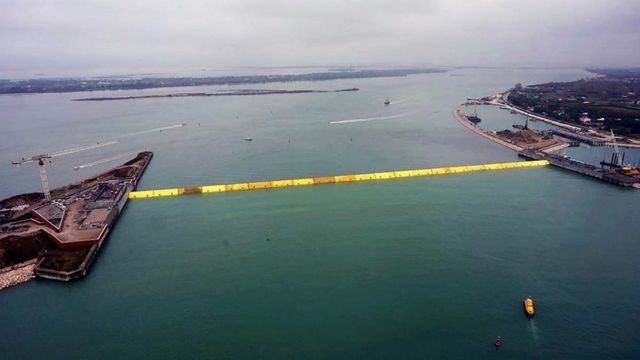 The Mose is formed by a series of barriers consisting of mobile gates located at the inlets. There are 4 defense barriers: 2 at the inlet of Lido (the one closest to Venice which is twice the size of the other two and is made up of 2 channels with different depths) which are respectively composed of 21 gates and one in the north channel of 20 that in the south channel. 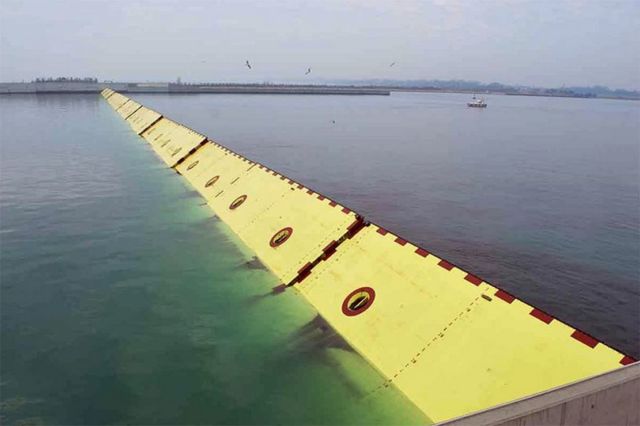 At the port mouths of Lido and Chioggia, take shelter and small navigation basins allow the admission and transit of pleasure boats, rescue vehicles and fishing boats even with the sluice gates in operation. At the mouth of Malamocco a navigation basin was built for the transit of ships, so as to guarantee the operation of the port even with the sluice gates in operation.

The basin, protected by the outer cliff that creates a calm water basin sheltered by the waves, is located on the south bank of the mouth and has a useful length of about 370 m and a width of 48 m.

The cliffs to the south of the port mouths, requested by the Council of Ministers on 15 March 2001 and the Steering, Coordination and Control Committee of 6 December 2001, serve to dampen the liveliness of tidal currents at the mouths attenuating the most frequent tidal levels. The cliff outside the mouth of Malamocco also has the function of creating a basin of calm waters that facilitates the entry of ships into the navigation basin, to the sluice gates. 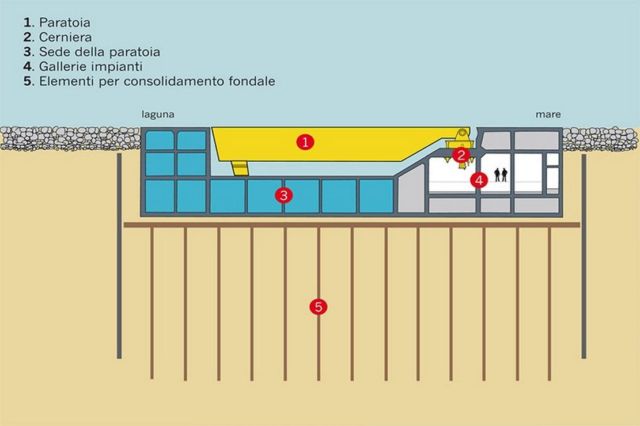