Ozone Hole over Antarctic the is the largest in recent years

Ozone Hole over Antarctic the is the largest in recent years 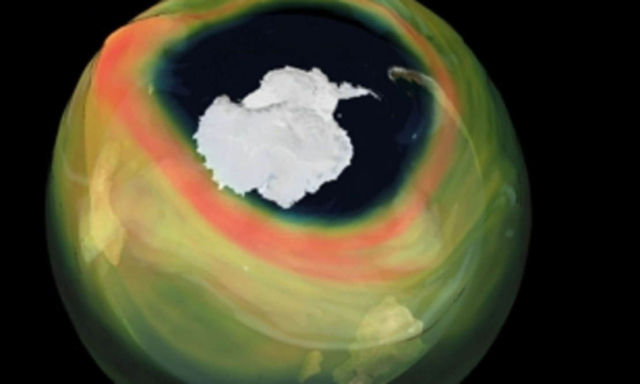 The ozone hole over the Antarctic that was first spotted in 1985, is one of the largest of recent years.

The 2020 ozone hole grew rapidly from mid-August and peaked at around 24 million square kilometres in early October. It now covers 23 million km2, above average for the last decade and spreading over most of the Antarctic continent.

“There is much variability in how far ozone hole events develop each year. The 2020 ozone hole resembles the one from 2018, which also was a quite large hole, and is definitely in the upper part of the pack of the last fifteen years or so.

With the sunlight returning to the South Pole in the last weeks, we saw continued ozone depletion over the area.

After the unusually small and short-lived ozone hole in 2019, which was driven by special meteorological conditions, we are registering a rather large one again this year, which confirms that we need to continue enforcing the Montreal Protocol banning emissions of ozone depleting chemicals.”