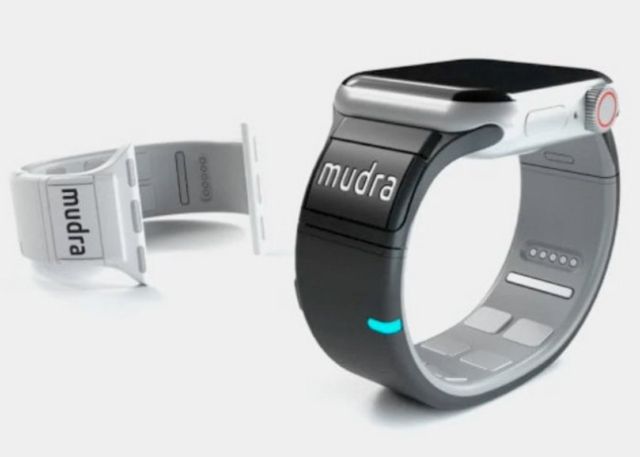 By requiring you to use only the hand that’s wearing the watch, Mudra Band lets you multitask while operating the watch, without blocking the display.

“We named it after the mudra, an elegant ritual gesture performed with the hands and fingers [in Eastern cultures].” 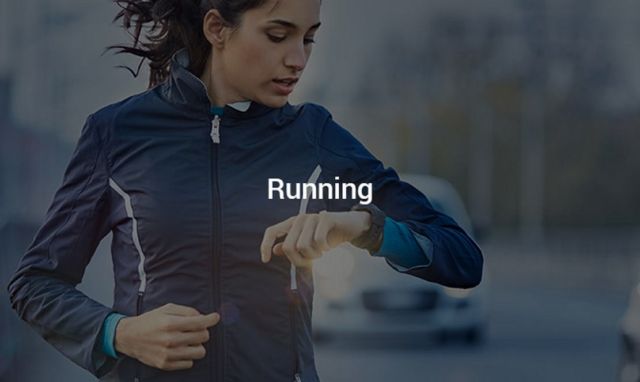 Discrete gestures are individual finger movements – such as a single finger moving, or the soft tap of a finger on the thumb.
Continuous gestures are various fingertip pressure gradations applied to physical objects or other fingers.

Air-touch gestures combine fingertip pressure and an air mouse – such as sliding to unlock. 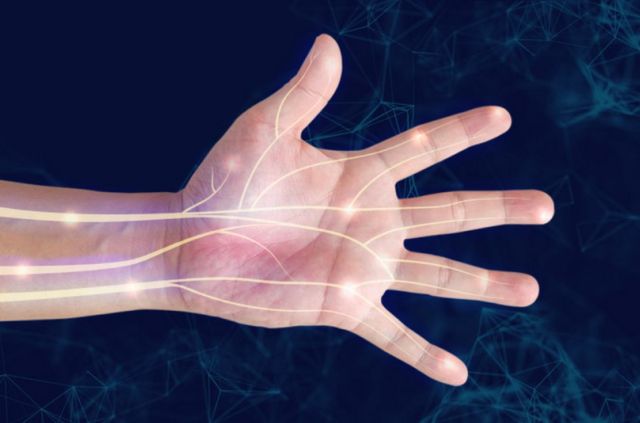 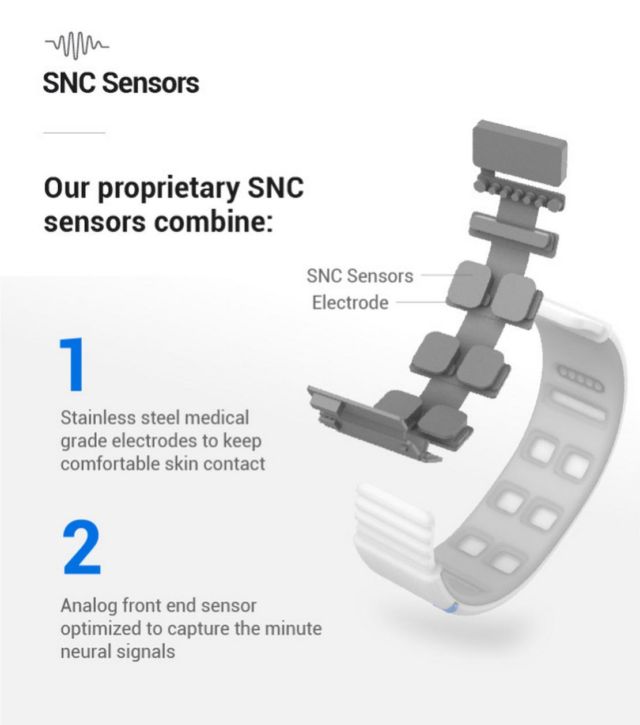 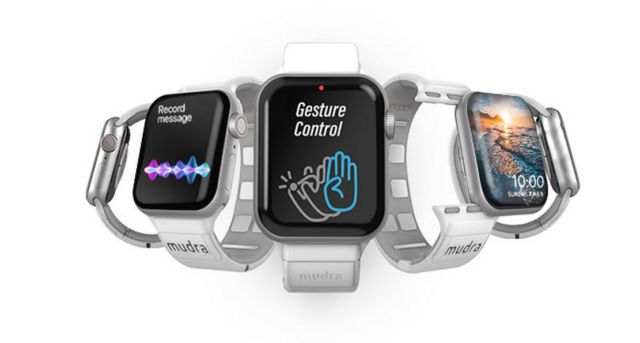