Scientists using an innovative technique, discovered a new type of magnetic event in our near-Earth environment.

Though close to home, the space immediately around Earth is full of hidden secrets and invisible processes. In a new discovery reported in the journal Nature, scientists working with NASA’s Magnetospheric Multiscale spacecraft — MMS — have uncovered a new type of magnetic event in our near-Earth environment by using an innovative technique to squeeze extra information out of the data.

Magnetic reconnection is one of the most important processes in the space — filled with charged particles known as plasma — around Earth. This fundamental process dissipates magnetic energy and propels charged particles, both of which contribute to a dynamic space weather system that scientists want to better understand, and even someday predict, as we do terrestrial weather. Reconnection occurs when crossed magnetic field lines snap, explosively flinging away nearby particles at high speeds. The new discovery found reconnection where it has never been seen before — in turbulent plasma. 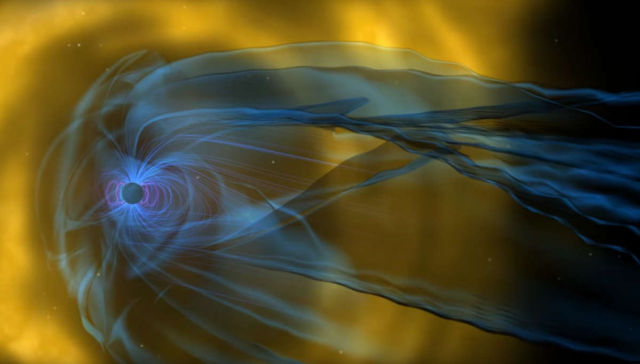