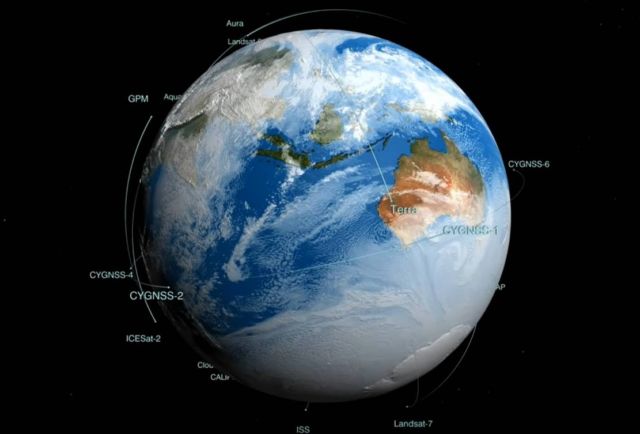 Using measurements from two satellite missions assimilated into a computer model, researchers have created global maps of terrestrial water around the planet.

NASA researchers have developed new satellite-based, weekly global maps of soil moisture and groundwater wetness conditions and one to three-month U.S. forecasts of each product. While maps of current dry/wet conditions for the United States have been available since 2012, this is the first time they have been available globally.

“The global products are important because there are so few worldwide drought maps out there,” said hydrologist and project lead Matt Rodell of NASA’s Goddard Space Flight Center in Greenbelt, Maryland. “Droughts are usually well known when they happen in developed nations. But when there’s a drought in central Africa, for example, it may not be noticed until it causes a humanitarian crisis. So it’s valuable to have a product like this where people can say, wow, it’s really dry there and no one’s reporting it.” 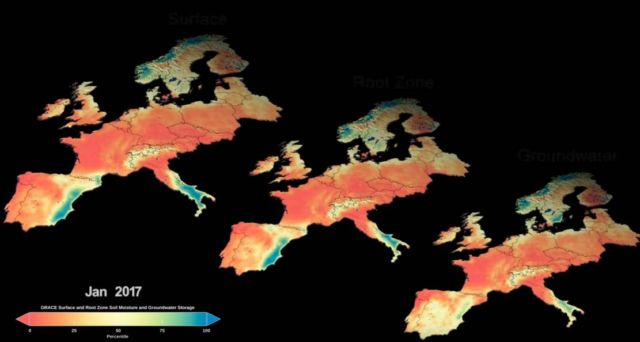 These maps are distributed online by the National Drought Mitigation Center at the University of Nebraska-Lincoln (UNL) to support U.S. and global drought monitoring.

“Being able to see a weekly snapshot of both soil moisture and groundwater is important to get a complete picture of drought,” said professor Brian Wardlow, director for the Center for Advanced Land Management Information Technologies at UNL, who works closely with Rodell on developing remote sensing tools for operational drought monitoring. 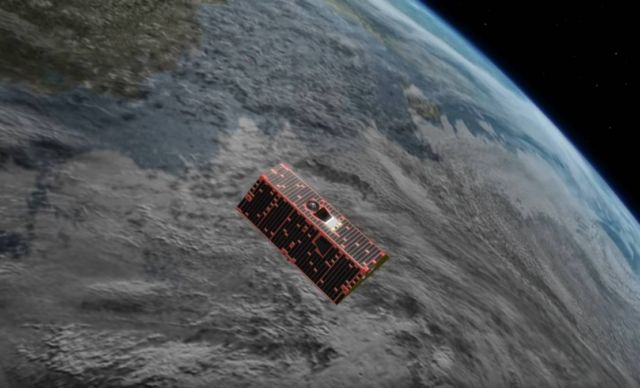 Monitoring the wetness of the soil is essential for managing agricultural crops and predicting their yields, because soil moisture is the water available to plant roots. Groundwater is often the source of water for crop irrigation. It also sustains streams during dry periods and is a useful indicator of extended drought. But ground-based observations are too sparse to capture the full picture of wetness and dryness across the landscape like the combination of satellites and models can.