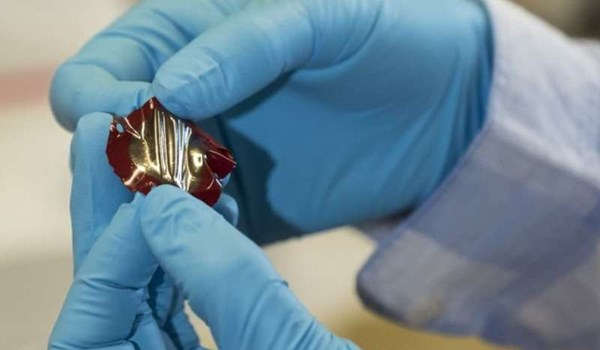 Scientists developed a flexible material that generates electricity when stressed.

The flexible material developed by Empa could be used as a sensor, integrated into clothing or implanted in the human body, to power a pacemaker.

This new rubber film could be incorporated clothing, robots or people, to monitor activities, or when stressed, to generate electricity.

Empa researcher Dorina Opris and her colleagues that have succeeded in giving to this elastic material piezoelectric properties, said:

“This material could probably even be used to obtain energy from the human body. You could implant it near the heart to generate electricity from the heartbeat, for instance.”