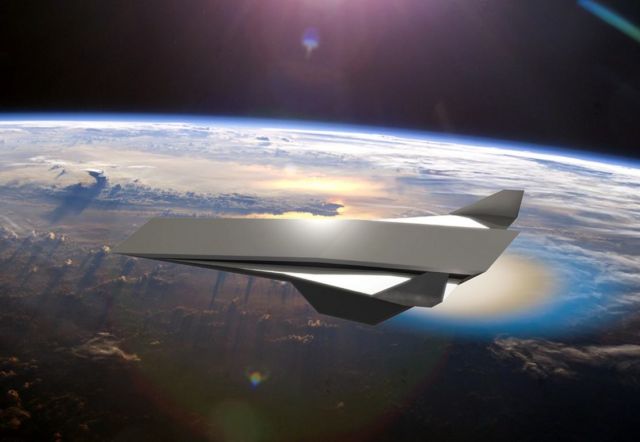 University of Central Florida researchers are building on their technology that could pave the way for hypersonic flight, such as travel from New York to Los Angeles in under 30 minutes.

In their latest research published Monday in the journal Proceedings of the National Academy of Sciences, the researchers discovered a way to stabilize the detonation needed for hypersonic propulsion by creating a special hypersonic reaction chamber for jet engines.

“There is an intensifying international effort to develop robust propulsion systems for hypersonic and supersonic flight that would allow flight through our atmosphere at very high speeds and also allow efficient entry and exit from planetary atmospheres,” says study co-author Kareem Ahmed, an associate professor in UCF’s Department of Mechanical and Aerospace Engineering. “The discovery of stabilizing a detonation — the most powerful form of intense reaction and energy release — has the potential to revolutionize hypersonic propulsion and energy systems.”

The system could allow for air travel at speeds of Mach 6 to 17, which is more than 4,600 to 13,000 miles per hour. The technology harnesses the power of an oblique detonation wave, which they formed by using an angled ramp inside the reaction chamber to create a detonation-inducing shock wave for propulsion.