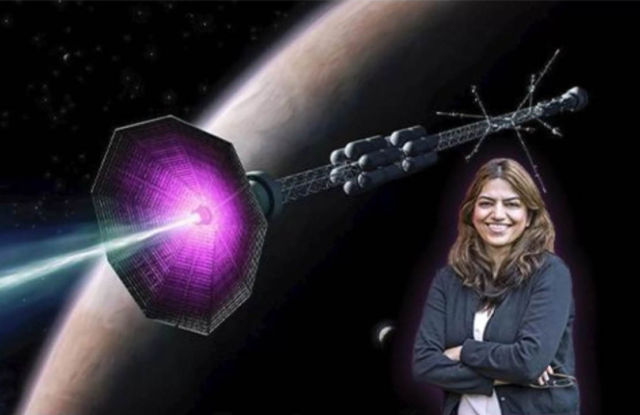 A new type of rocket thruster could take humans to Mars and beyond in our Solar System.

The new rocket thruster concept proposed by a physicist at the U.S. Department of Energy’s (DOE) Princeton Plasma Physics Laboratory (PPPL). The research was published in the Journal of Plasma Physics.

The device would apply magnetic fields to cause particles of plasma, electrically charged gas also known as the fourth state of matter, to shoot out the back of a rocket and, because of the conservation of momentum, propel the craft forward. Current space-proven plasma thrusters use electric fields to propel the particles.

The new concept would accelerate the particles using magnetic reconnection, a process found throughout the universe, including the surface of the sun, in which magnetic field lines converge, suddenly separate, and then join together again, producing lots of energy. Reconnection also occurs inside doughnut-shaped fusion(link is external) devices known as tokamaks(link is external).

“I’ve been cooking this concept for a while,” said PPPL Principal Research Physicist Fatima Ebrahimi, the concept’s inventor and author of a paper(link is external) detailing the idea in the Journal of Plasma Physics. “I had the idea in 2017 while sitting on a deck and thinking about the similarities between a car’s exhaust and the high-velocity exhaust particles created by PPPL’s National Spherical Torus Experiment (NSTX),” the forerunner of the laboratory’s present flagship fusion facility. “During its operation, this tokamak produces magnetic bubbles called plasmoids that move at around 20 kilometers per second, which seemed to me a lot like thrust.”

Fusion, the power that drives the sun and stars, combines light elements in the form of plasma — the hot, charged state of matter composed of free electrons and atomic nuclei that represents 99% of the visible universe — to generate massive amounts of energy. Scientists are seeking to replicate fusion on Earth for a virtually inexhaustible supply of power to generate electricity.

Image: PPPL physicist Fatima Ebrahimi in front of an artist’s conception of a fusion rocket.  Image by Elle Starkman, PPPL Office of Communications, and ITER.