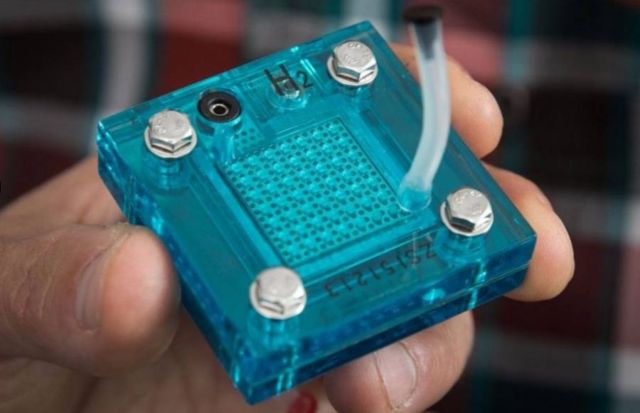 Researchers at the University of California Los Angeles (UCLA) created a 2-in-1 device that can use solar energy, to inexpensively create and store energy, to be used to power electronic devices, and to also create hydrogen fuel for eco-friendly cars.

The small device could make hydrogen cars affordable for many more consumers because it produces hydrogen using nickel, iron and cobalt — elements that are much more abundant and less expensive than the platinum and other precious metals that are currently used to produce hydrogen fuel.

Richard Kaner, the study’s senior author and a UCLA distinguished professor of chemistry and biochemistry, said:

“Hydrogen is a great fuel for vehicles: It is the cleanest fuel known, it’s cheap and it puts no pollutants into the air — just water. And this could dramatically lower the cost of hydrogen cars.”

The technology, described in a paper in the journal Energy Storage Materials, could be especially useful in rural areas, or to military units serving in remote locations. 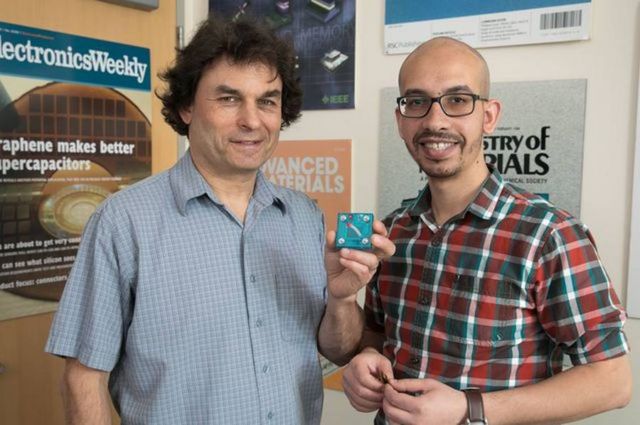 Richard Kaner and Maher El-Kady with a replica of a new device.