Home/Posts/Physics, Space/New Thruster Could Reach 99% Speed of Light
Previous Next 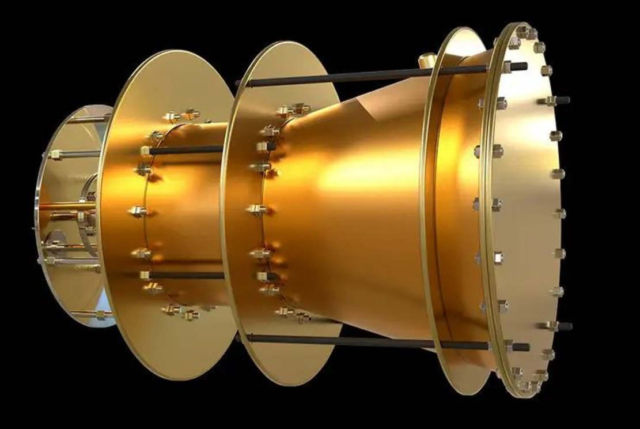 Rocket engines that don’t need propellant have been proposed before by scientists.

The new thruster concept takes advantage of a weird glitch in Einsteinian physics and “may violate the laws of physics.”

Above, artist’s impression of an EM Drive, that could theoretically generate thrust using rays of light.

Burns believes his concept posted in a paper is worth pursuing. He says:

“I’m comfortable with throwing it out there. If someone says it doesn’t work, I’ll be the first to say, it was worth a shot.

You have to be prepared to be embarrassed. It is very difficult to invent something that is new under the sun and actually works.”

The engine accelerates ions confined in a loop to moderate relativistic speeds, and then varies their velocity to make slight changes to their mass. The engine then moves ions back and forth along the direction of travel to produce thrust. This in-space engine could be used for long-term satellite station-keeping without refueling. It could also propel spacecraft across interstellar distances, reaching close to the speed of light. The engine has no moving parts other than ions traveling in a vacuum line, trapped inside electric and magnetic fields.