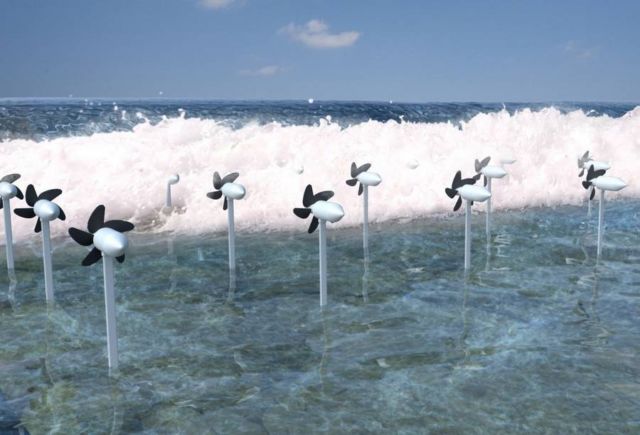 Professor Tsumoru Shintake at the Okinawa Institute of Science and Technology Graduate University (OIST) and the Quantum Wave Microscopy Unit at OIST, began a project titled “Sea Horse,” aiming to harness energy from the Kuroshio ocean current that flows around the southern parts of Japan. 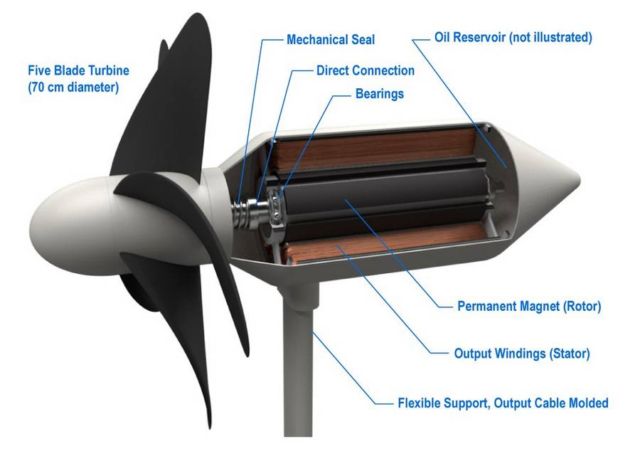 This project uses submerged turbines anchored to the sea floor through mooring cables that convert the kinetic energy of sustained natural currents in the Kuroshio into usable electricity, which is then delivered by cables to the land. The initial phase of the project was successful, and the Unit is now searching for industry partners to continue into the next phase. But the OIST researchers also desired an ocean energy source that was cheaper and easier to maintain.

This is where the vigor of the ocean’s waves at the shoreline comes into play. “Particularly in Japan, if you go around the beach you’ll find many tetrapods,” Professor Shintake explains. Tetrapods are concrete structures shaped somewhat like pyramids that are often placed along a coastline to weaken the force of incoming waves and protect the shore from erosion. Similarly, wave breakers are walls built in front of beaches for the same purpose. “Surprisingly, 30% of the seashore in mainland Japan is covered with tetrapods and wave breakers.” Replacing these with “intelligent” tetrapods and wave breakers, Shintake explains, with turbines attached to or near them, would both generate energy as well as help to protect the coasts. 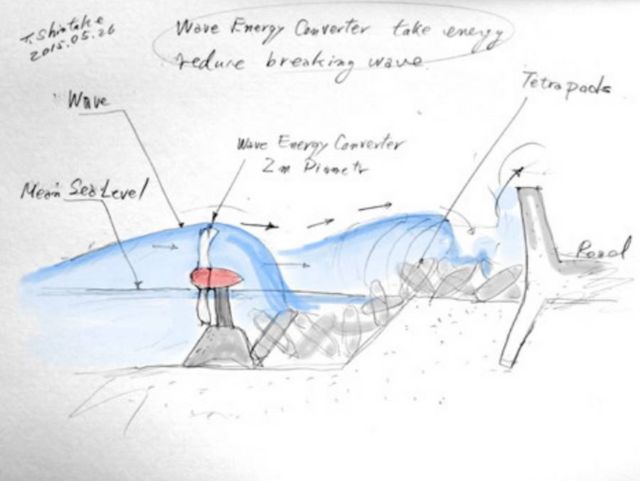 “Using just 1% of the seashore of mainland Japan can generate about 10 gigawats of energy, which is equivalent to 10 nuclear power plants. That’s huge.”

One prime location to place turbines is in front of tetrapods at the shoreline. At this location, the turbines transform the energy from incoming waves into usable electricity—this in turn dissipates wave strength and protects the shoreline. These turbines can be easily installed and maintained by existing maintenance routes for the tetrapods. They can also be visually inspected from the shore on calm days.