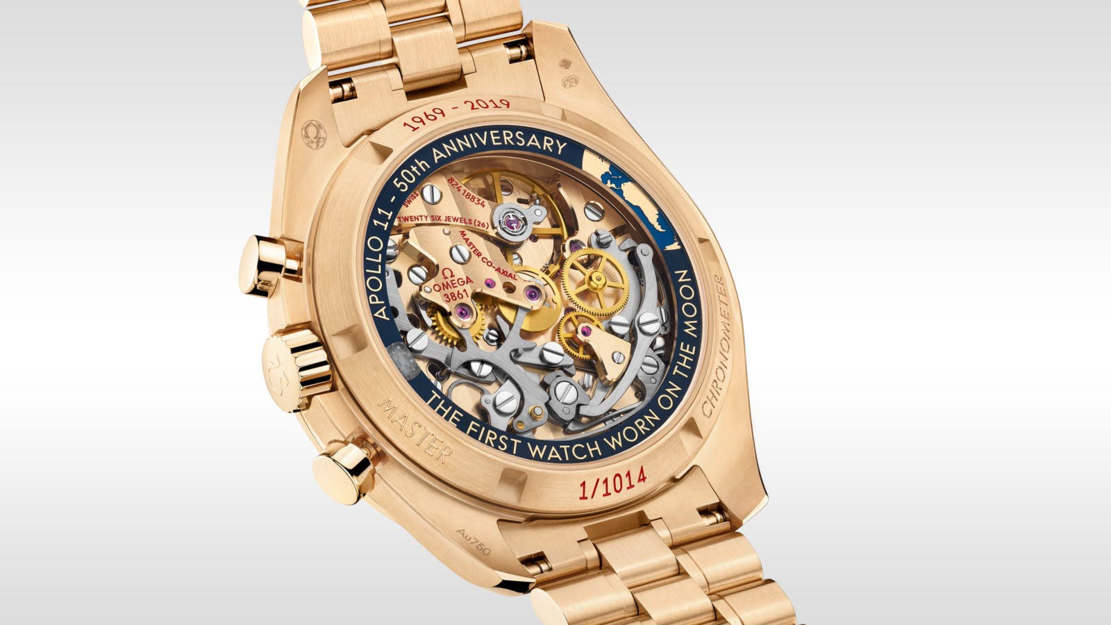 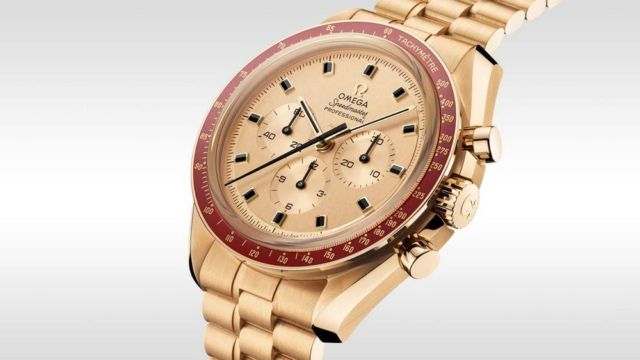 Marking the golden anniversary of the OMEGA watch that was gifted to astronauts in 1969 to celebrate the first moon landing, OMEGA has produced this Speedmaster limited to 1,014 pieces, driven by the manual-winding OMEGA Master Chronometer Calibre 3861. 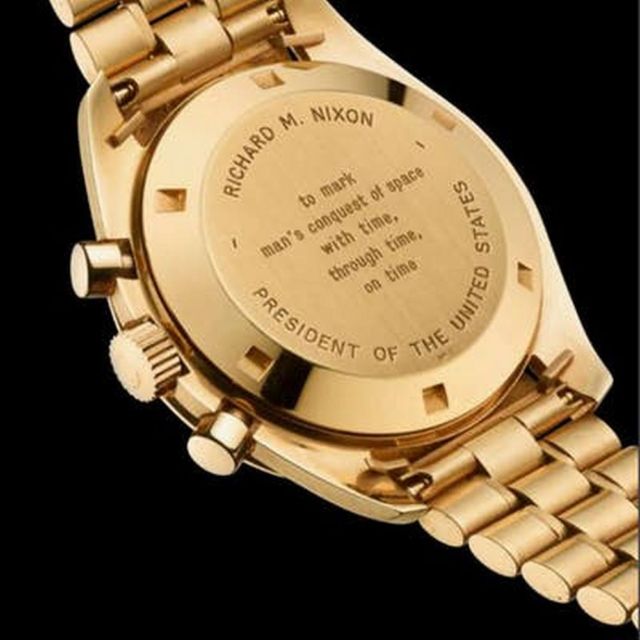 18K Moonshine™ gold has been used to create this commemorative timepiece. The vertically brushed step dial, also in 18K Moonshine™ gold, includes facetted onyx hour markers. Inspired by the piece of 1969, a few touches of burgundy have been added, including the ceramic bezel ring, the markings on the caseback and the movement. 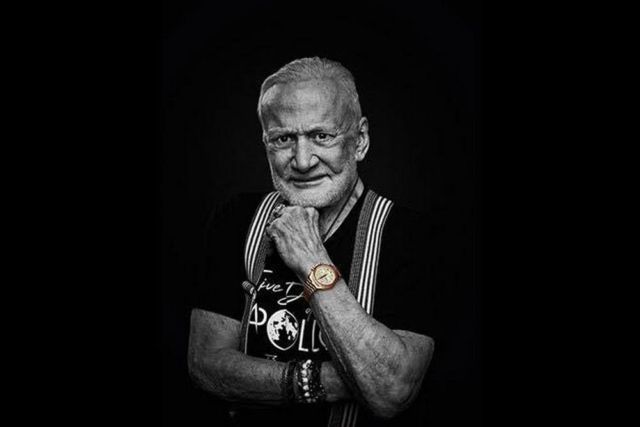 The inner decorative caseback ring, crafted from 18K Moonshine™ gold and blackened, features a partial world map of the American continent and a domed lunar meteorite inlay, representing the true proportions of the Earth and the Moon. 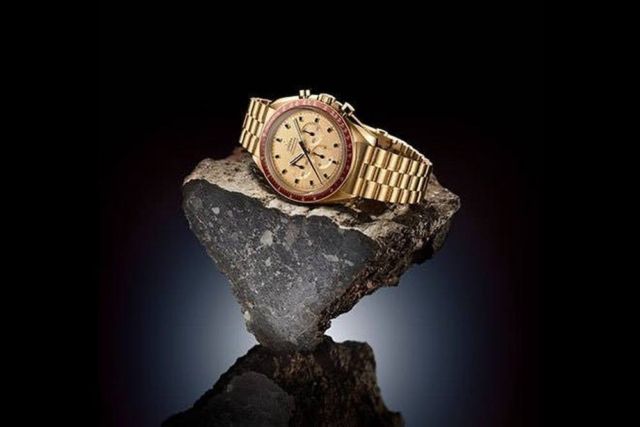 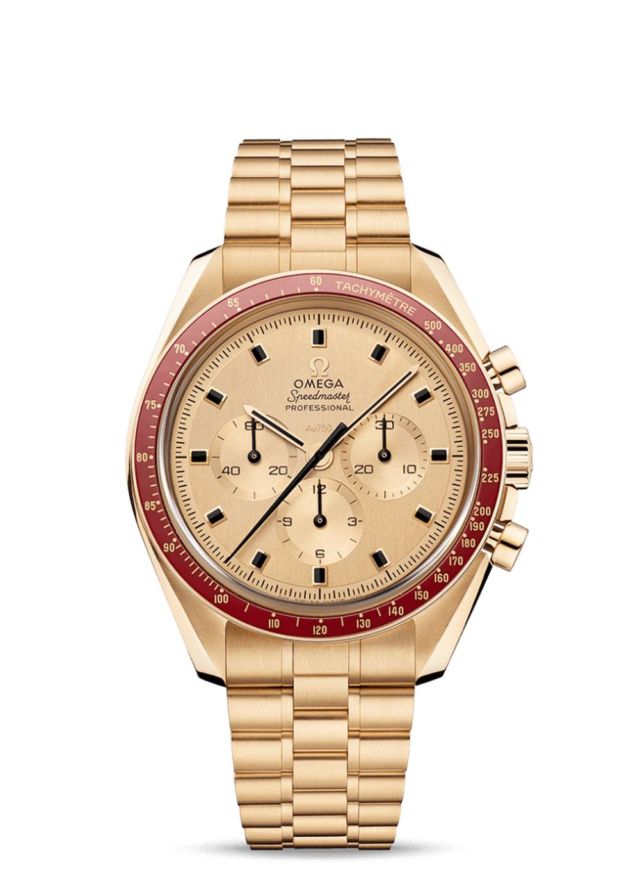 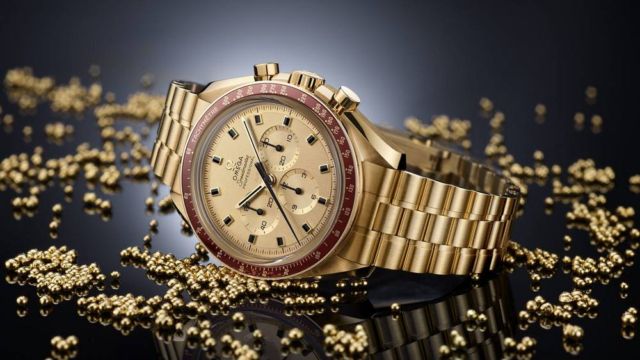 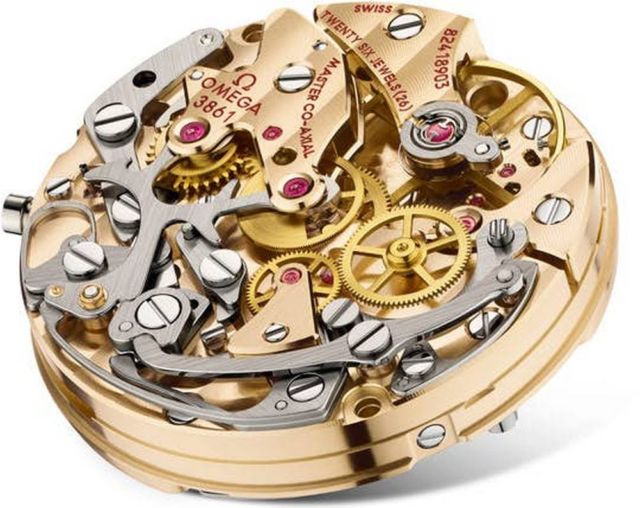