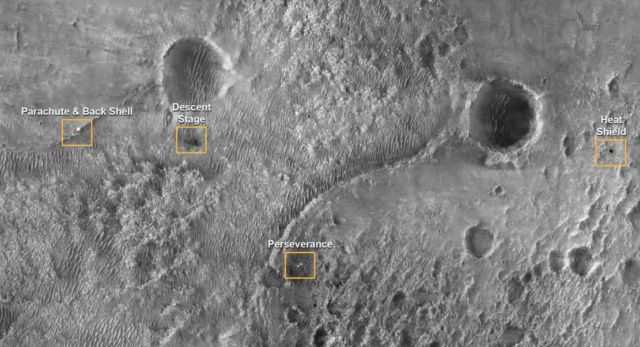 The audio embedded in the video comes from the mission control call-outs during entry, descent, and landing.

Above image: Mars Reconnaissance Orbiter (MRO) image showing the location of the rover, the parachute and back shell, the descent stage, and the heat shield. Credit NASA/JPL

Panorama of Mars from Perseverance Rover

This panorama, taken on Feb. 20, 2021, by the Navigation Cameras, or Navcams, aboard NASA’s Perseverance Mars rover, was stitched together from six individual images after they were sent back to Earth. A key objective for Perseverance’s mission on Mars is astrobiology, including the search for signs of ancient microbial life. The rover will characterize the planet’s geology and past climate, pave the way for human exploration of the Red Planet, and be the first mission to collect and cache Martian rock and regolith. 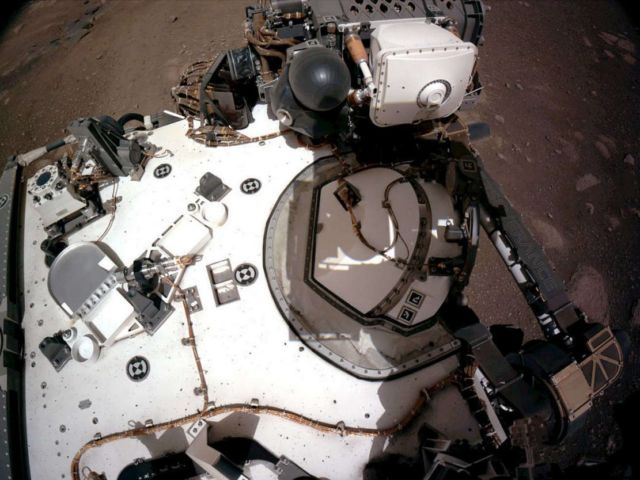 Mastcam-Z taking a photo of its calibration target on the rover’s deck.Image: NASA/JPL