Planetary Habitats made of Fungus

Home/Posts/Architecture, Space/Planetary Habitats made of Fungus
Previous Next

Planetary Habitats made of Fungus 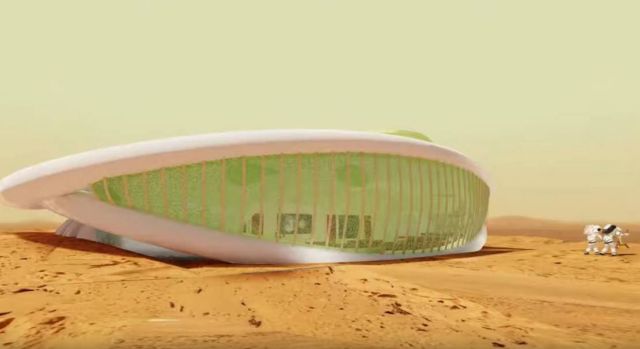 Future astronauts might one day live in self-replicating, self-repairing planetary habitats that were fabricated with fungus.

The revolutionary concept called Myco-architecture explores the impressive properties of fungal mycelium which is, in some ways, stronger than reinforced concrete and is capable of growing and repairing itself.

NASA 360 takes a look at the NASA Innovative Advanced Concept (NIAC) known as Myco-architecture, a revolutionary approach to construction that could one day be used to build habitats on other planets.

Science fiction often imagines our future on Mars and other planets as run by machines, with metallic cities and flying cars rising above dunes of red sand. But the reality may be even stranger – and “greener.” Instead of habitats made of metal and glass, NASA is exploring technologies that could grow structures out of fungi to become our future homes in the stars, and perhaps lead to more sustainable ways of living on Earth as well. 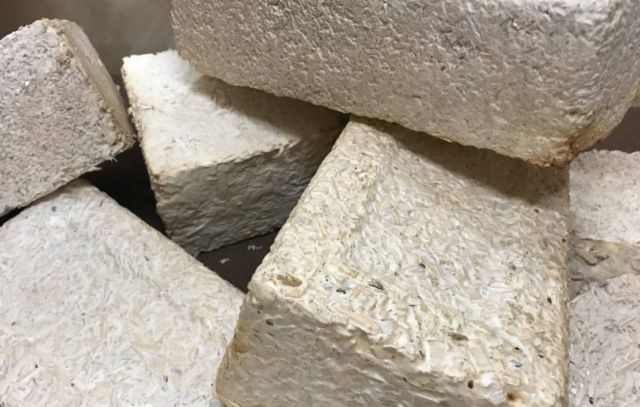 Bricks produced using mycelium, yard waste and wood chips as a part of the myco-architecture project. Similar materials could be used to build habitats on the Moon or Mars.  Credits: 2018 Stanford-Brown-RISD iGEM Team

The myco-architecture project out of NASA’s Ames Research Center in California’s Silicon Valley is prototyping technologies that could “grow” habitats on the Moon, Mars and beyond out of life – specifically, fungi and the unseen underground threads that make up the main part of the fungus, known as mycelia.

“Right now, traditional habitat designs for Mars are like a turtle — carrying our homes with us on our backs – a reliable plan, but with huge energy costs,” said Lynn Rothschild, the principal investigator on the early-stage project. “Instead, we can harness mycelia to grow these habitats ourselves when we get there.”