Psyche- Mission to an Asteroid

Home/Posts/TECHNOLOGY/Space/Psyche- Mission to an Asteroid
Previous Next

Psyche- Mission to an Asteroid 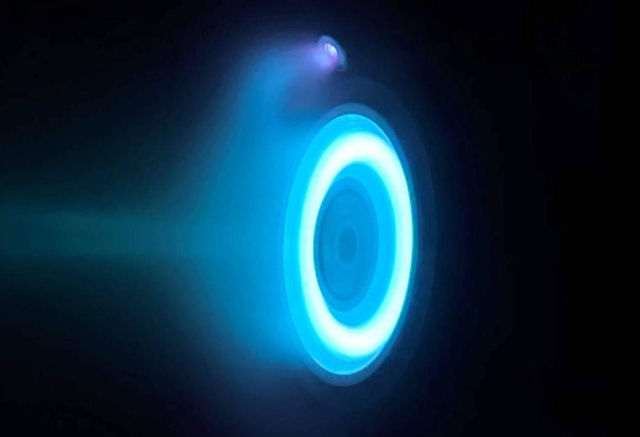 An electric Hall thruster, identical to those that will be used to propel the Psyche spacecraft, undergoes testing at NASA’s Jet Propulsion Laboratory.

The blue glow is produced by the xenon propellant, a neutral gas used in car headlights and plasma TVs.

Psyche, the NASA mission to explore a metal-rock asteroid of the same name, recently passed a crucial milestone that brings it closer to its August 2022 launch date. Now the mission is moving from planning and designing to high-gear manufacturing of the spacecraft hardware that will fly to its target in the main asteroid belt between Mars and Jupiter.

Mission scientists and engineers worked together to plan the investigations that will determine what makes up the asteroid Psyche, one of the most intriguing targets in the main asteroid belt. Scientists think that, unlike most other asteroids that are rocky or icy bodies, Psyche is largely metallic iron and nickel – similar to Earth’s core – and could be the heart of an early planet that lost its outer layers.