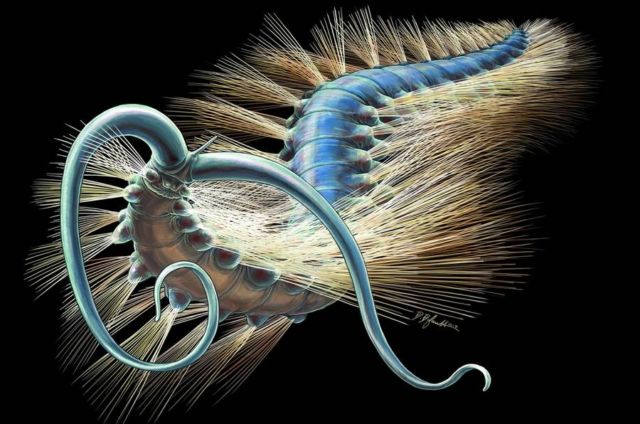 Scientists have found a new species with soft tissue that easily decomposes, a rare bristle-covered worm with long feelers on its head.

It lived around 508 million years ago during the Cambrian era.

Lead author Karma Nanglu, a University of Toronto PhD candidate, and a researcher at the Royal Ontario Museum, said:

“Annelids are a hugely diverse group of animals in both their anatomies and lifestyles. While this diversity makes them ecologically important and an evolutionarily interesting group to study, it also makes it difficult to piece together what the ancestral annelid may have looked like.” 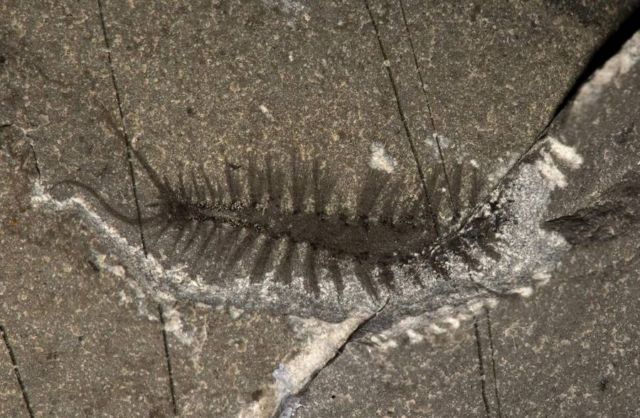