Record-breaking temperatures for June in Europe

Record-breaking temperatures for June in Europe 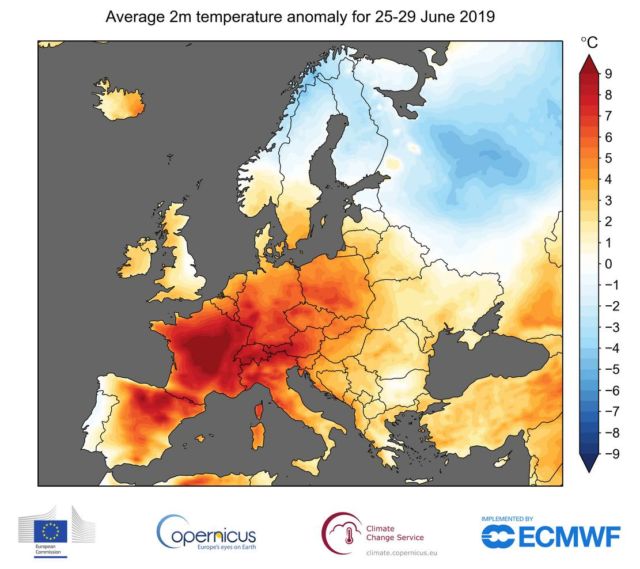 Data just released show that the European-average temperature for June 2019 was higher than for any other June on record.

Average temperatures were more than 2°C above normal and it has become the hottest June ever recorded.

Although not as persistent as that of summer 2018, this short heat wave, caused by a mass of hot air coming from the Sahara Desert, was intense. The five days of unusually high temperatures followed days with record-breaking temperatures further east in Europe. This led to the month as a whole being around 1°C above the previous record for June, set in 1999, and about 1°C higher than expected from the trend in recent decades. 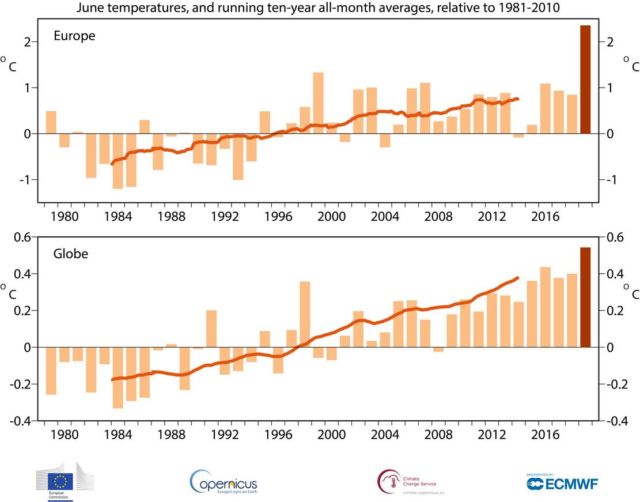 Data provided by the Copernicus Climate Change Service (C3S), implemented by the European Centre for Medium-Range Weather Forecasts on behalf of the European Union, show that the global-average temperature for June 2019 was also the highest on record for the month


European satellite agency concludes that June was the hottest month ever recorded on earth, our planet. https://t.co/qesjAC5yHn