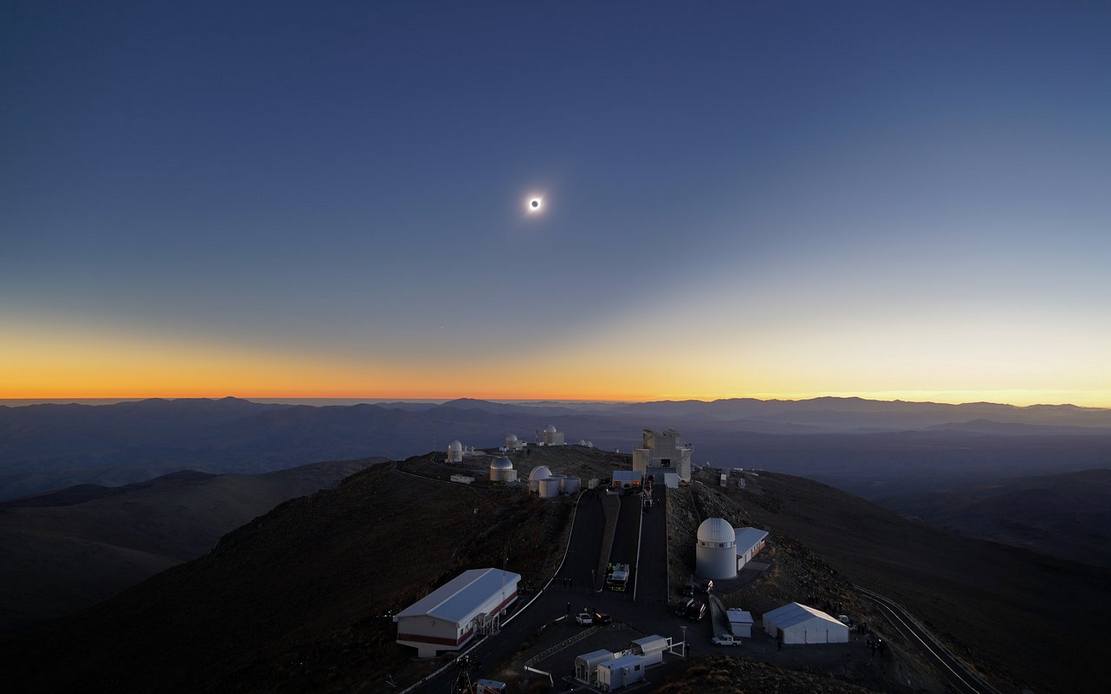 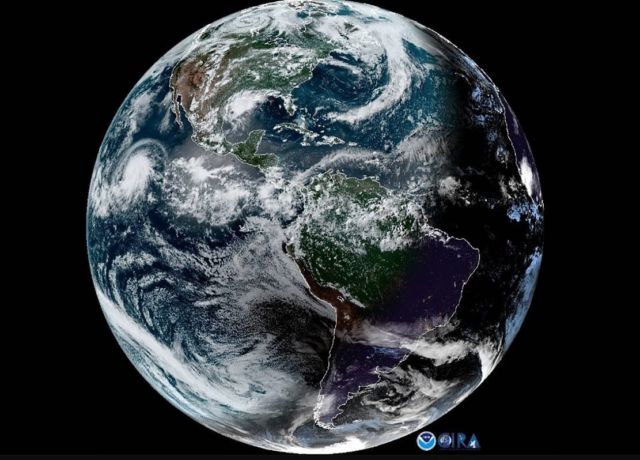 Solar Eclipse 2019. On 2 July, the path of totality of a solar eclipse passed across ESO’s La Silla Observatory.

This rare astronomical event falls in the fiftieth year of operation of ESO’s first observatory. Inaugurated in 1969, La Silla Observatory led Europe to the front line of astronomical research and continues to deliver remarkable science.

Above, at the same time with the eclipse, Hurricane Barbara was brewing far out in the Pacific Ocean (left of South America in the image).  Credit ESO 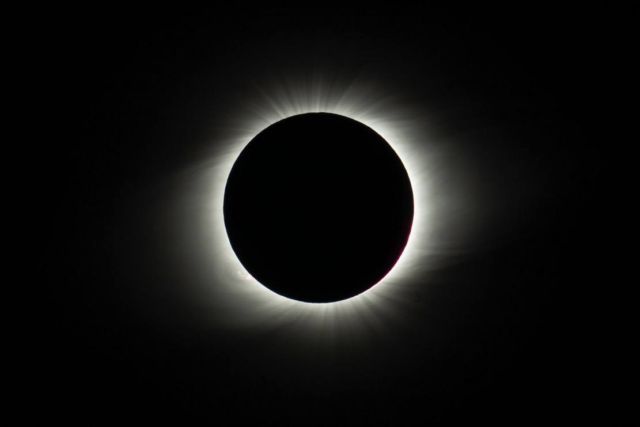 1000 visitors, including the President of the Republic of Chile, journeyed to the remote observatory to witness the unique conjunction.

NOAA’s GOES-West satellite captured the moon’s shadow during the 2019 solar eclipse on July 2, 2019. Hurricane Barbara can also be seen churning in the Pacific Ocean.