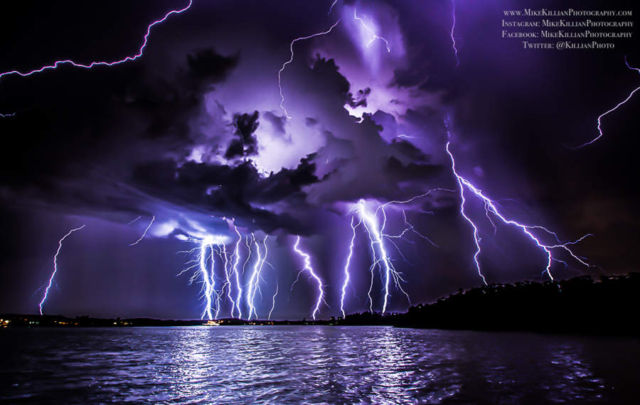 Scientists have just measured a thunderstorm probed with atmospheric muons, particles that are similar to electrons but heavier, with electric potential exceeding one billion volts, which is much higher than previously measured values.

A charging time of 6 min to reach 1.3 GV implied the delivery of a power of ≥2  GW by this thundercloud that was moving at a speed of ∼60  km h−1. This work possibly provides the first direct evidence for the generation of gigavolt potentials in thunderclouds that could also possibly explain the production of highest-energy (100 MeV) gamma rays in the terrestrial gamma-ray flashes.