Researchers intend to transport Antimatter in a Van

Researchers intend to transport Antimatter in a Van 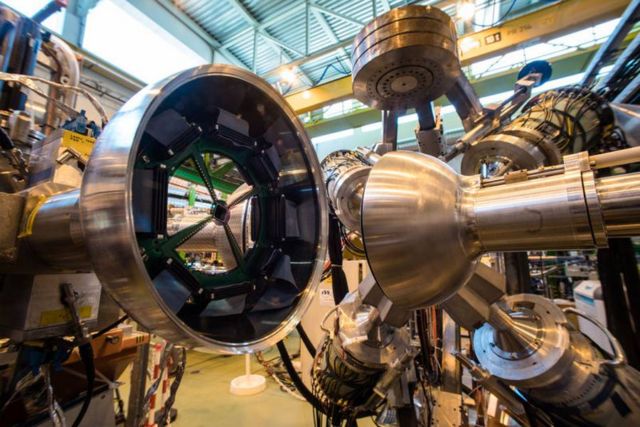 Researchers intend to transport antimatter between labs and use it to study the strange behavior of rare radioactive nuclei.

Antimatter is notoriously volatile, but physicists have learned to control it so well that they are now starting to harness it as a tool for the first time.

In a project that began last month, researchers will transport antimatter by truck and then use it to study the strange behavior of rare radioactive nuclei. The work aims to provide a better understanding of fundamental processes inside atomic nuclei and to help astrophysicists learn about the interiors of neutron stars, which contain the densest form of matter in the Universe.

“Antimatter has long been studied for itself, but now it is mastered well enough that people can start to use it as a probe for matter,” says Alexandre Obertelli, a physicist at the Technical University of Darmstadt in Germany, who leads the project, known as PUMA (antiProton Unstable Matter Annihilation), which will take place at CERN, Europe’s particle physics laboratory near Geneva, Switzerland.

CERN’s antimatter factory makes antiprotons — the rare mirror image of protons — by slamming a proton beam into a metal target, then dramatically slowing the emerging antiparticles so they can be used in experiments. Obertelli and his colleagues plan to use magnetic and electric fields to trap a cloud of antiprotons in a vacuum (see ‘Antimatter to go’). Then they will load the trap into a van and drive it a few hundred metres to the site of a neighbouring experiment, known as ISOLDE, that produces rare, radioactive atomic nuclei that decay too quickly to be transported anywhere themselves. “It’s almost science fiction to be driving around antimatter in a truck,” says Charles Horowitz, a theoretical nuclear physicist at Indiana University Bloomington. “It’s a wonderful idea.” 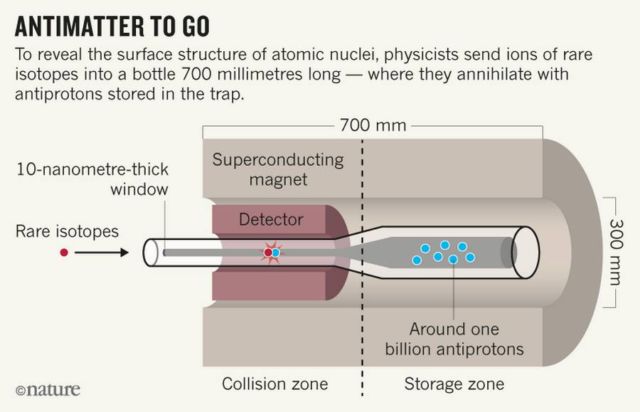