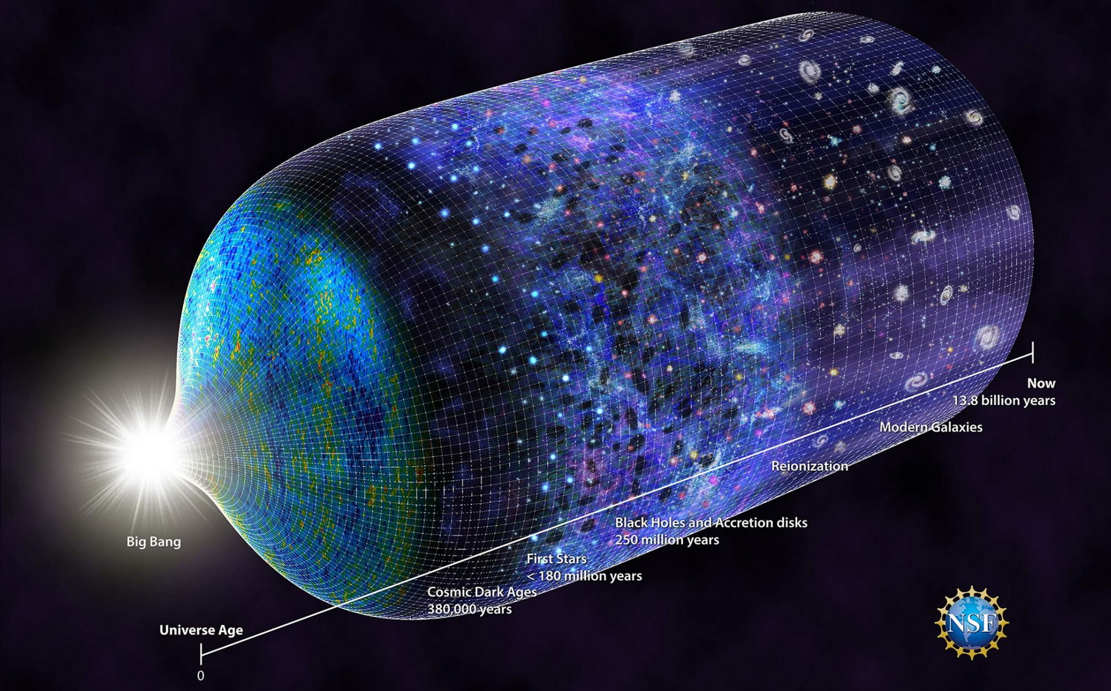 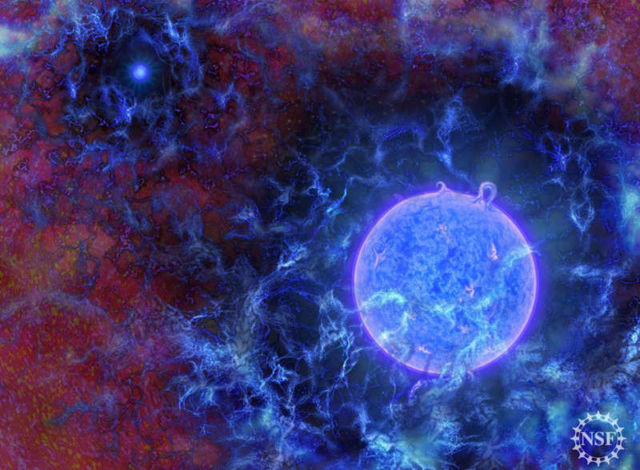 Astronomers just detected signals from the very first stars in our Universe.

The Big Bang may have been bright and dramatic, but immediately after it occurred the universe got extremely dark for a long time.

Top image, a timeline of the universe, updated to show when the first stars emerged.   Credit: National Science Foundation

Scientists believe that it took up to 200m years for the first stars to emerge from an obscure soup of matter.

Now a team of scientists has managed to pick up a faint signal from these stars with a radio antenna the size of a table top, called EDGES.

The impressive measurement, which opens a new window on the early universe, shows that these stars emerged about 180m years after the Big Bang. The findings, published in Nature, also suggest scientists may have to rethink what “dark matter” – a mysterious type of invisible matter – is made of.

Models have shown that the first stars that lit up the universe would have been blue and short-lived, producing a bath of ultraviolet light. The earliest observable signal of this cosmic dawn has long been thought to be an “absorption signal” – a dip in brightness at a particular wavelength – caused by this light passing through and affecting the physical properties of clouds of hydrogen gas, which is the most abundant element in the universe.