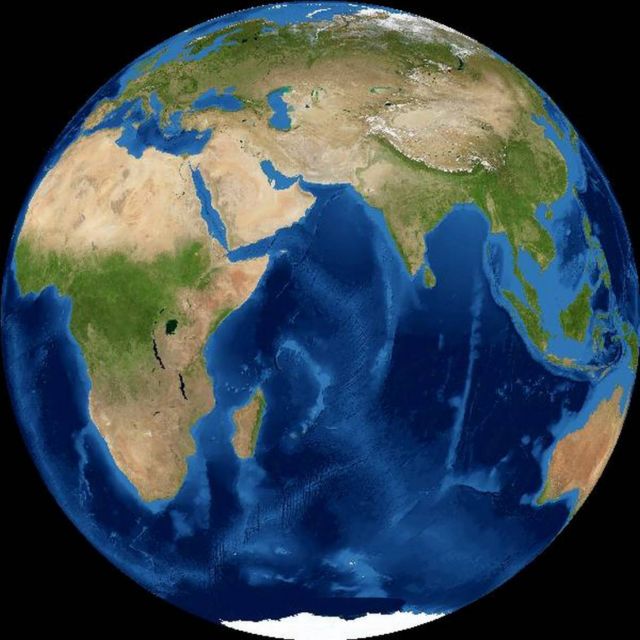 Above, If you were on the sun at the equinox instant you’d be gazing toward the hemisphere of Earth shown in this simulated image. Image credit Fourmilab.

Everyone along Earth’s equator on the day of the equinox, will experience the noonday sun more or less overhead. 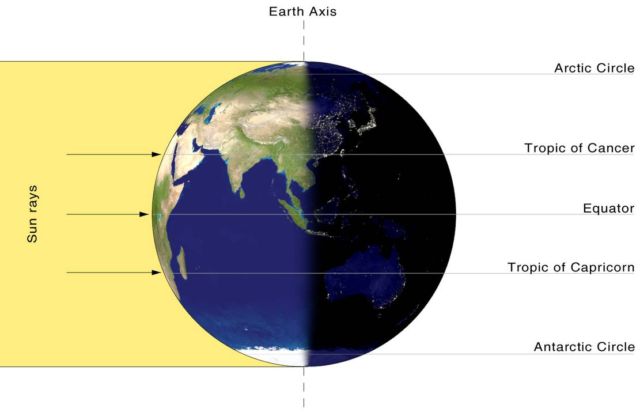 Illumination of Earth by the Sun on the day of an equinox.  Credit wikimedia 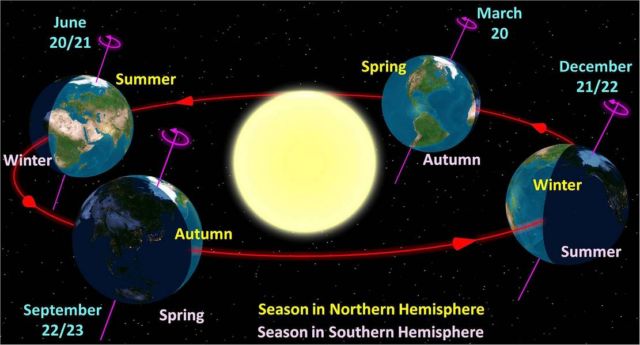 Diagram of the Earth’s seasons as seen from the north. Far right: December solstice.  Credit wikimedia