Snoopy Aboard Artemis I

Home/Posts/TECHNOLOGY/Space/Snoopy Aboard Artemis I
Previous Next

Snoopy Aboard Artemis I 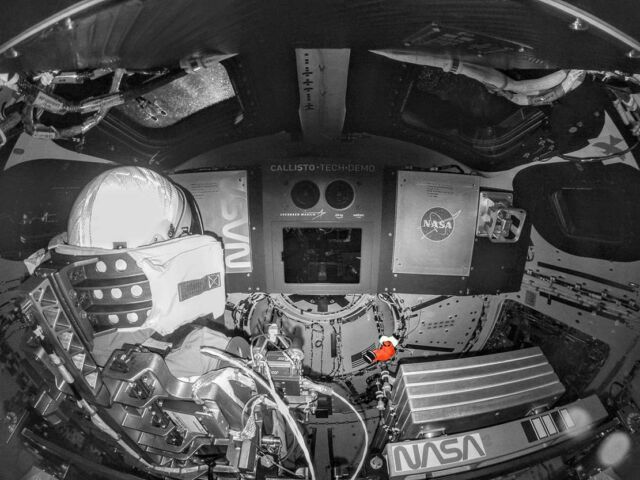 Snoopy, the zero-gravity indicator for NASA’s Artemis I flight test, floats in space, attached to his tether in the Orion spacecraft.

In this enhanced image, Snoopy stands out in a custom orange spacesuit, while Orion’s interior has been shaded black and white for contrast. The character’s spacesuit is modeled after the suit astronauts will wear during launch and reentry in Orion on future missions to the Moon. NASA has shared an association with Charles M. Schulz and Snoopy since the Apollo missions and the relationship continues under Artemis. Snoopy was selected as the zero-gravity indicator for the flight because of the inspiration and excitement the character has provided for human spaceflight for more than 50 years.