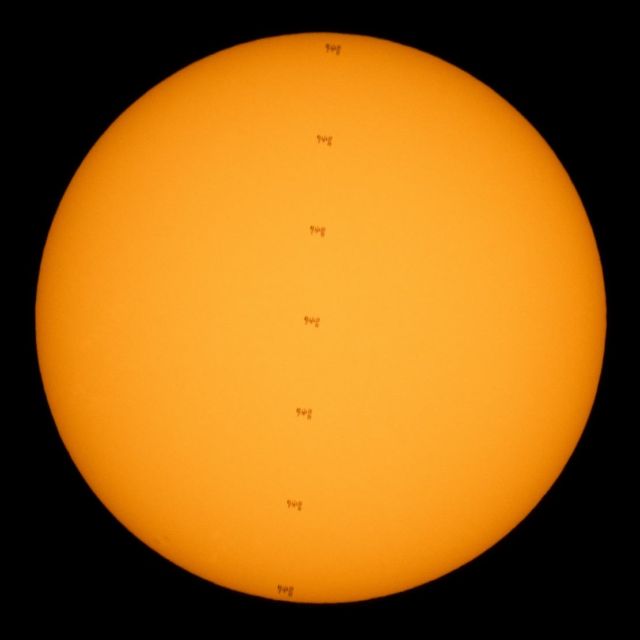 Happy New Year! The International Space Station, with a crew of seven onboard, in silhouette as it transits the Sun at roughly five miles per second.

This composite image made from seven frames captured on Friday, June 25, 2021, from near Nellysford, Va.

At the time of the transit, Kimbrough and Pesquet were working outside on the station’s port 6 truss to install the second Roll-Out Solar Array (iROSA) on the 4B power channel.