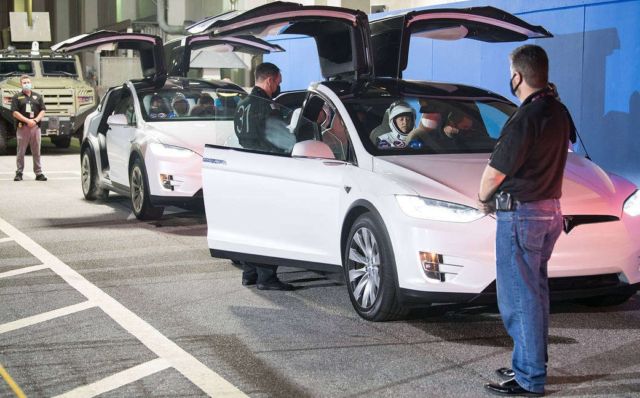 Crew-2 mission is the second operational mission of the SpaceX Crew Dragon spacecraft and Falcon 9 rocket with 4 astronauts, to the International Space Station.

Armstrong Operations and Checkout Building for Launch Complex 39A during a dress rehearsal prior to the Crew-2 mission launch at NASA’s Kennedy Space Center in Florida.

McArthur, Kimbrough, Pesquet, and Hoshide are scheduled to launch at 6:11 a.m. EDT on Thursday, April 22, from Launch Complex 39A at the Kennedy Space Center.