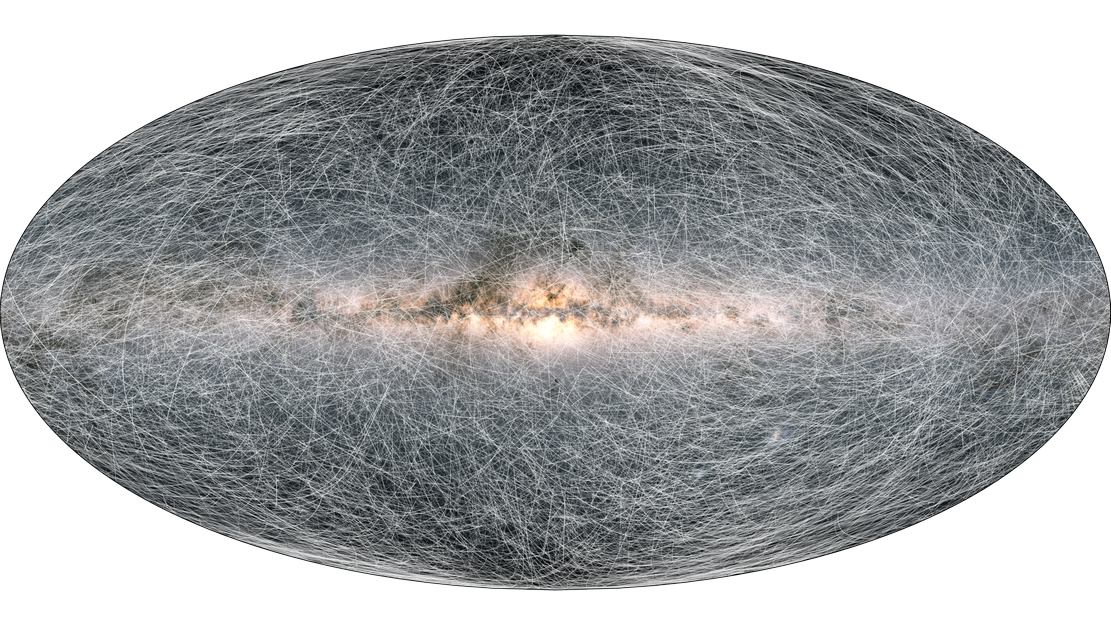 Stellar Motion for the next 1.6 million Years

Home/Posts/SCIENCES/Astronomy/Stellar Motion for the next 1.6 million Years
Previous Next

Stellar Motion for the next 1.6 million Years

This is the most precise 3D map of the Milky Way ever made, created from data collected by ESA’s Gaia observatory.

Astronomers have just released a new 3D atlas of the galaxy and its stars moving through space.

The stars are constantly moving across the sky. Known as proper motion, this motion is imperceptible to the unaided eye but is being measured with increasing precision by Gaia. This animation shows the proper motions of 40 000 stars, all located within 100 parsecs (326 light years) of the Solar System. The animation begins with the stars in their current positions; the brightness of each dot representing the brightness of the star it represents.

As the animation begins, the trails grow, showing how the stars will change position over the next 80,000 years. Short trails indicate that the star is moving more slowly across the sky, whereas long trails indicate faster motion. To avoid the animation becoming too difficult to interpret, the oldest parts of the trails are erased to only show the newer parts of the stellar motions into the future.

Sometimes it appears as if a star is accelerating (as indicated by a longer trail). This is due to the star getting closer to us. Proper motion is a measure of angular velocity, which means that close-by stars appear to move more quicker across the sky even when their speed is the same as that of other, more distant stars. Towards the end of the animation, the stars appear to congregate on the right side of the image, leaving the left side emptier. This is an artifact and is caused by the average motion of the Solar System with respect to the surrounding stars. The animation ends by showing star trails for 400 thousand years into the future.