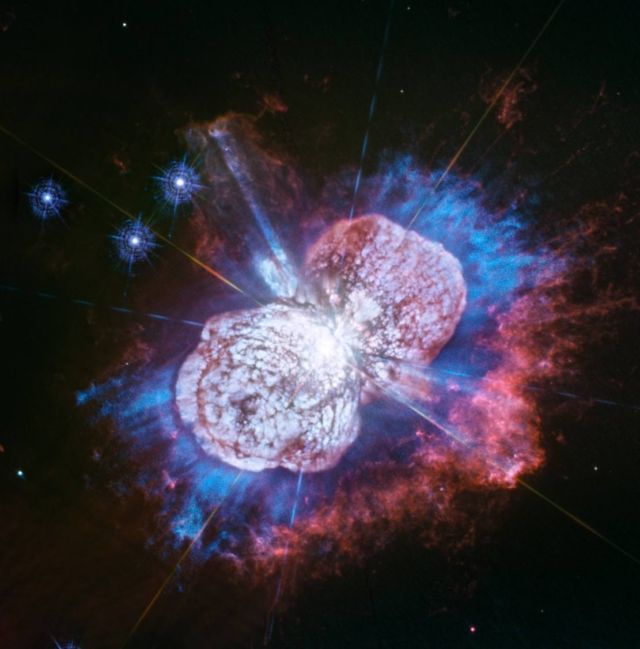 Telescopes, including Hubble, have monitored the Eta Carinae star system for more than two decades. It has been prone to violent outbursts, including an episode in the 1840s during which ejected material formed the bipolar bubbles seen here.

Now, using Hubble’s Wide Field Camera 3 to probe the nebula in ultraviolet light, astronomers have uncovered the glow of magnesium embedded in warm gas (shown in blue) in places they had not seen it before. The luminous magnesium resides in the space between the dusty bipolar bubbles and the outer shock-heated nitrogen-rich filaments (shown in red). The streaks visible in the blue region outside the lower-left lobe are a striking feature of the image. These streaks are created when the star’s light rays poke through the dust clumps scattered along the bubble’s surface. Wherever the ultraviolet light strikes the dense dust, it leaves a long, thin shadow that extends beyond the lobe into the surrounding gas.