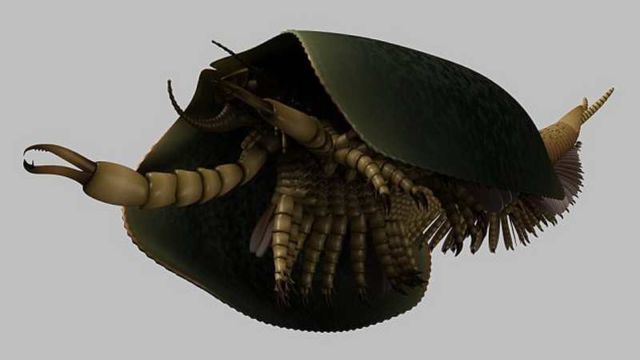 A terrifying sea monster with 50 legs and can-opener to attack its prey, that lived 508 million years ago, discovered.

The peculiar creature named Tokummia, discovered in samples taken under Canada. According to scientists it’s an ancestor of modern crabs and other species.

Above, in this illustration Tokummia’s robust back legs help it lived on the ocean floor, like today’s lobsters. 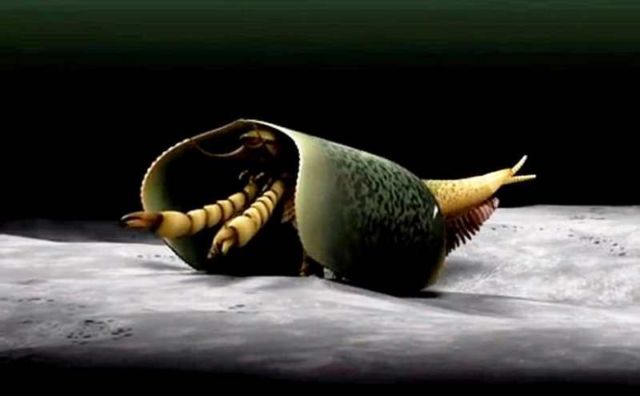 The study published in Nature: 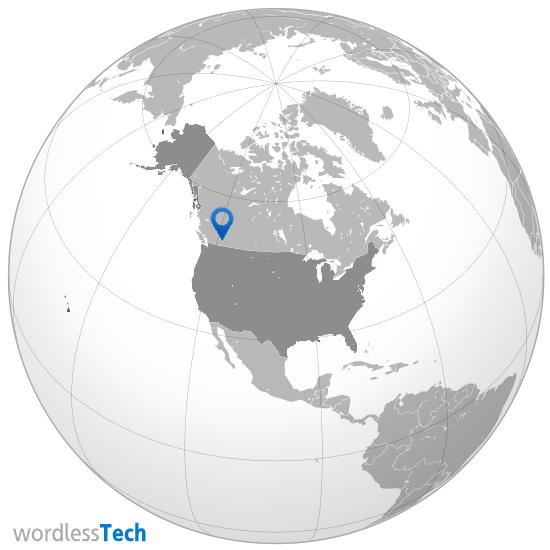 The fossilized remains were found in a sedimentary rock near Marble Canyon in Kootenay national park in Canada.