The Coolest Spot in the Universe

The Coolest Spot in the Universe 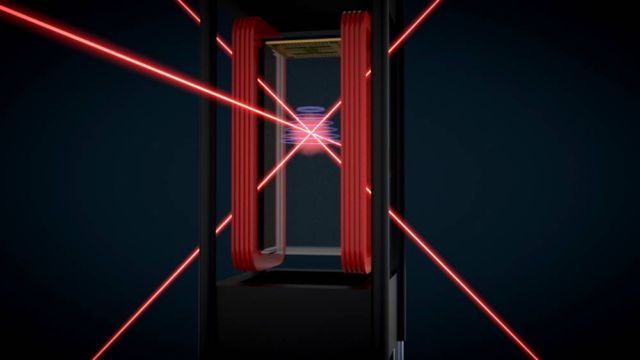 A Nobel Prize winner and other scientists will conduct experiments, using new technology, to create the coolest spot in the Universe.

This summer, an ice chest-sized box will fly to the International Space Station, where it will create the coolest spot in the universe.

Inside that box, lasers, a vacuum chamber and an electromagnetic “knife” will be used to cancel out the energy of gas particles, slowing them until they’re almost motionless. This suite of instruments is called the Cold Atom Laboratory (CAL), and was developed by NASA’s Jet Propulsion Laboratory in Pasadena, California. CAL is in the final stages of assembly at JPL, ahead of a ride to space this August on SpaceX CRS-12.

Above, artist’s concept of an atom chip for use by NASA’s Cold Atom Laboratory (CAL) aboard the International Space Station. CAL will use lasers to cool atoms to ultracold temperatures. Image Credit: NASA

The new Cold Atom Lab (CAL) facility could help answer some big questions in modern physics. CAL produces clouds of atoms that are ten billion times colder than deep space. The facility uses lasers and magnetic forces to freeze the atoms until they are almost motionless. In the microgravity environment on the space station, it’s possible to observe these ultra-cold atoms for much longer in than what’s possible on the ground. 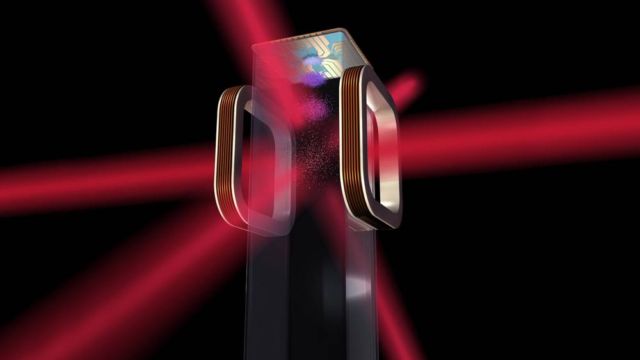 The research done using CAL could potentially lead to a number of improved technologies, including sensors, quantum computers and atomic clocks used in spacecraft navigation.

“Studying these hyper-cold atoms could reshape our understanding of matter and the fundamental nature of gravity,” said CAL Project Scientist Robert Thompson of JPL. “The experiments we’ll do with the Cold Atom Lab will give us insight into gravity and dark energy — some of the most pervasive forces in the universe.”