The incredible Formation of the Southern Crab Nebula

The incredible Formation of the Southern Crab Nebula 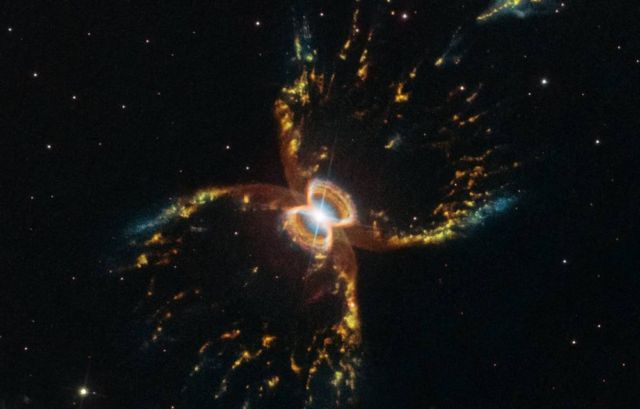 Hubble celebrates its 29th birthday with unrivaled view of the Southern Crab Nebula.

This incredible image of the hourglass-shaped Southern Crab Nebula was taken to mark the NASA/ESA Hubble Space Telescope’s 29th anniversary in space. The nebula, created by a binary star system, is one of the many objects that Hubble has demystified throughout its productive life. This new image adds to our understanding of the nebula and demonstrates the telescope’s continued capabilities.

On 24 April 1990, the NASA/ESA Hubble Space Telescope was launched on the space shuttle Discovery. It has since revolutionised how astronomers and the general public see the Universe. The images it provides are spectacular from both a scientific and a purely aesthetic point of view.

Each year the telescope dedicates a small portion of its precious observing time to take a special anniversary image, focused on capturing particularly beautiful and meaningful objects. This year’s image is the Southern Crab Nebula, and it is no exception. 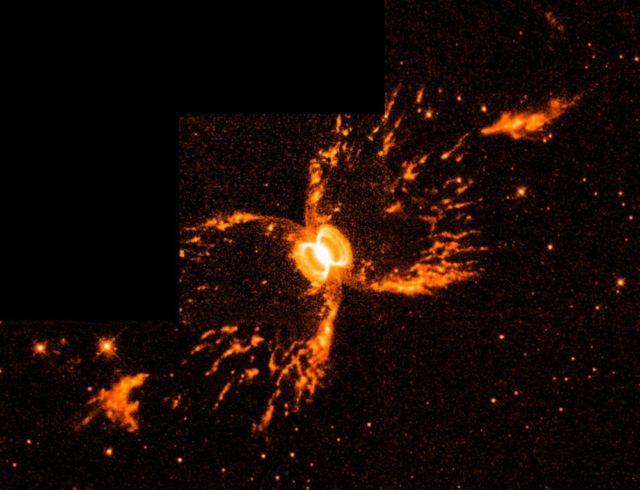 This peculiar nebula, which exhibits nested hourglass-shaped structures, has been created by the interaction between a pair of stars at its centre. The unequal pair consists of a red giant and a white dwarf. The red giant is shedding its outer layers in the last phase of its life before it too lives out its final years as a white dwarf. Some of the red giant’s ejected material is attracted by the gravity of its companion.

When enough of this cast-off material is pulled onto the white dwarf, it too ejects the material outwards in an eruption, creating the structures we see in the nebula. Eventually, the red giant will finish throwing off its outer layers, and stop feeding its white dwarf companion. Prior to this, there may also be more eruptions, creating even more intricate structures.

Astronomers did not always know this, however. The object was first written about in 1967, but was assumed to be an ordinary star until 1989, when it was observed using telescopes at the European Southern Observatory’s La Silla Observatory. The resulting image showed a roughly crab-shaped extended nebula, formed by symmetrical bubbles of gas and dust.

These observations only showed the outer hourglass emanating from a bright central region that could not be resolved. It was not until Hubble observed the Southern Crab in 1999 that the entire structure came into view. This image revealed the inner nested structures, suggesting that the phenomenon that created the outer bubbles had occurred twice in the (astronomically) recent past.

It is fitting that Hubble has returned to this object twenty years after its first observation. This new image adds to the story of an active and evolving object and contributes to the story of Hubble’s role in our evolving understanding of the Universe. 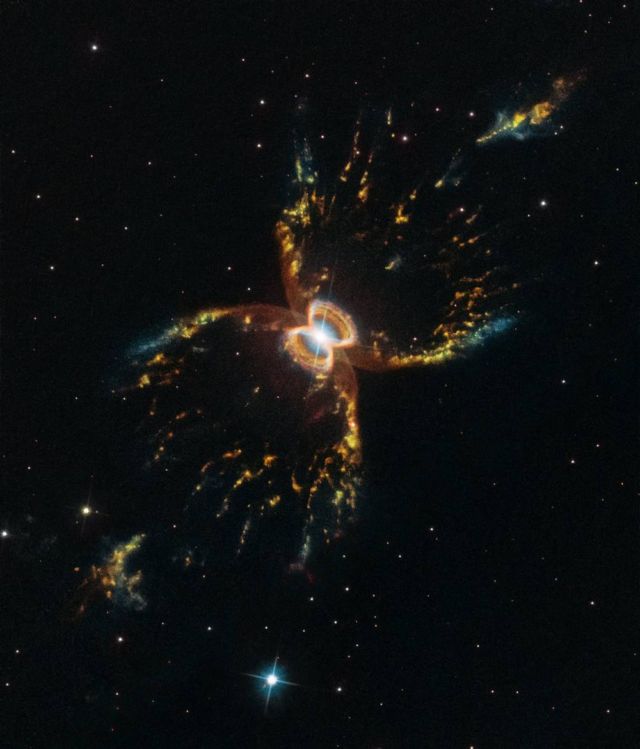