The Largest Database in the History of SETI

The Largest Database in the History of SETI 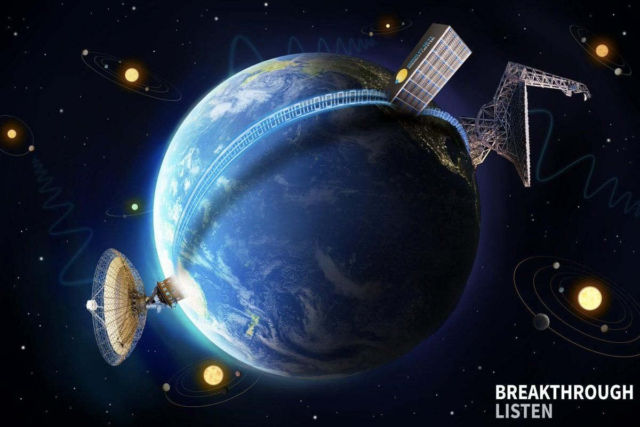 Want to find aliens? The largest database in the history of SETI just released to the public.

This page presents the results of our analysis of 1327 nearby stars observed as part of the Breakthrough Listen program with the Green Bank Telescope and the Parkes Telescope. With these new results, Breakthrough Listen has completed the most comprehensive and sensitive radio search for extraterrestrial intelligence (SETI) in history. We also present Breakthrough Listen Data Release 1.0, consisting of almost 1 PB of data, including the datasets used in the 1327 star analysis.

We invite the public to read the two papers accompanying the data release and the scientific analysis, and for those with technical skills, to download some of the datasets, to explore them, and to perform their own analyses.

Much of our software is publicly available, including blimpy, a tool for loading filterbank, hdf5, and raw format data files, and turboSETI, a tool for performing Doppler drift searches.

Breakthrough Listen is the largest ever scientific research program aimed at finding evidence of civilizations beyond Earth. The scope and power of the search are on an unprecedented scale:

The program includes a survey of the 1,000,000 closest stars to Earth. It scans the center of our galaxy and the entire galactic plane. Beyond the Milky Way, it listens for messages from the 100 closest galaxies to ours.

The instruments used are among the world’s most powerful. They are 50 times more sensitive than existing telescopes dedicated to the search for intelligence.

The radio surveys cover 10 times more of the sky than previous programs. They also cover at least 5 times more of the radio spectrum – and do it 100 times faster. They are sensitive enough to hear a common aircraft radar transmitting to us from any of the 1000 nearest stars.

We are also carrying out the deepest and broadest ever search for optical laser transmissions. These spectroscopic searches are 1000 times more effective at finding laser signals than ordinary visible light surveys. They could detect a 100 watt laser (the energy of a normal household bulb) from 25 trillion miles away.