The Mystery of Solar Flares explained

The Mystery of Solar Flares explained 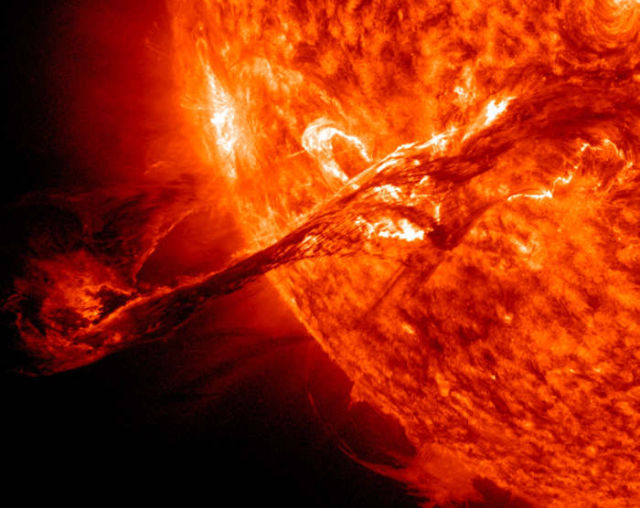 A new research that leads to better understanding of the Sun‘s activity, shows that large and small scale solar eruptions might all be triggered by a single process.

Scientists from Durham University and NASA’s Goddard Space Flight Center have developed a model that explains both known types of solar flares or coronal ejections. This new theory could help us prepare for when these disruptive flares occur.

Above, four images of a filament on the sun from August 31, 2012 are shown here in various wavelengths of light as captured by NASA’s Solar Dynamics Observatory (SDO).

“It was previously thought that there were different drivers for the varying scales of eruptions from the Sun, but our research provides a theoretical universal model for this activity, which is very exciting.”

The researchers discovered that the filaments in jets are triggered to erupt when the magnetic field lines above them break and rejoin – a process known as magnetic reconnection.

The same process was previously known to explain many CMEs.

The strength and structure of the magnetic field around the filament determines the type of eruption that occurs, the researchers said.

Their findings are published in the journal Nature.