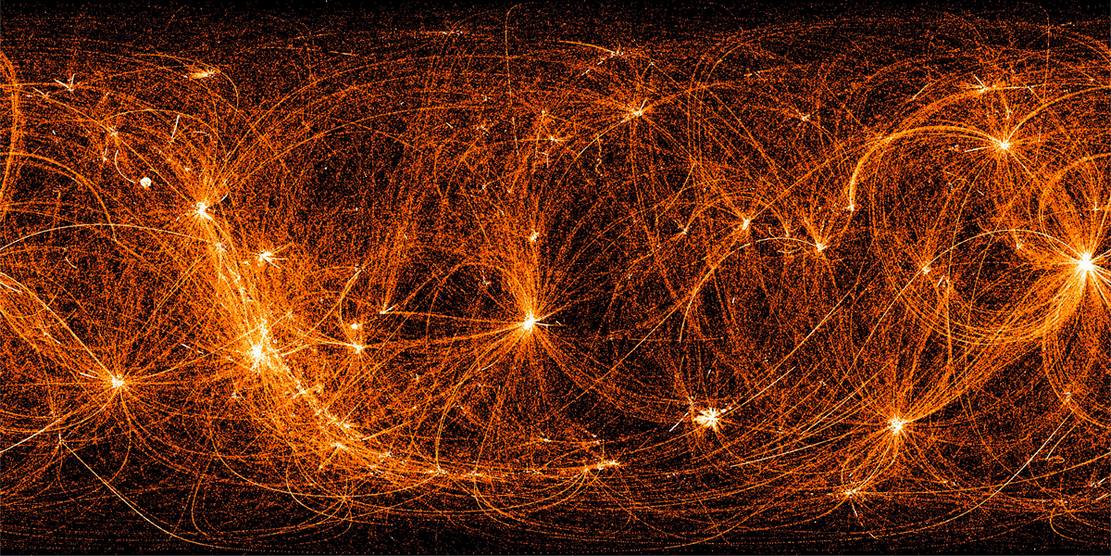 The Night Sky in X-ray

The Night Sky in X-ray 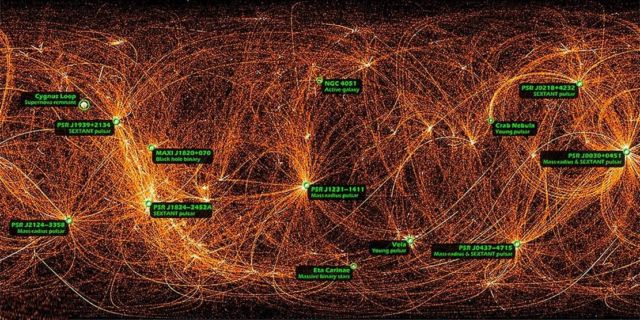 Amazing image unveils the night sky in X-ray, from the observations of NASA’s neutron star-tracking instrument on the ISS.

In this image, numerous sweeping arcs seem to congregate at various bright regions. You may wonder: What is being shown? Air traffic routes? Information moving around the global internet? Magnetic fields looping across active areas on the Sun?

?Above, this image of the whole sky shows 22 months of X-ray data recorded by NASA’s Neutron star Interior Composition Explorer (NICER) payload aboard the International Space Station during its nighttime slews between targets. Use the slider to identify prominent sources. NICER frequently observes targets best suited to its core mission (“mass-radius” pulsars) and those whose regular pulses are ideal for the Station Explorer for X-ray Timing and Navigation Technology (SEXTANT) experiment. One day they could form the basis of a GPS-like system for navigating the solar system.  Credits: NASA/NICER

In fact, this is a map of the entire sky in X-rays recorded by NASA’s Neutron star Interior Composition Explorer (NICER), a payload on the International Space Station. NICER’s primary science goals require that it target and track cosmic sources as the station orbits Earth every 93 minutes. But when the Sun sets and night falls on the orbital outpost, the NICER team keeps its detectors active while the payload slews from one target to another, which can occur up to eight times each orbit.

The map includes data from the first 22 months of NICER’s science operations. Each arc traces X-rays, as well as occasional strikes from energetic particles, captured during NICER’s night moves. The brightness of each point in the image is a result of these contributions as well as the time NICER has spent looking in that direction. A diffuse glow permeates the X-ray sky even far from bright sources.