The real reason of the Dinosaurs Extinction

The real reason of the Dinosaurs Extinction 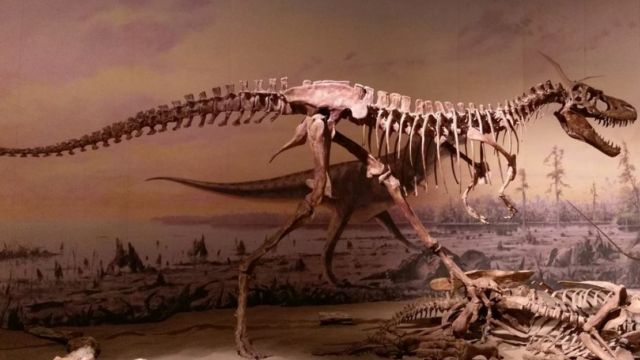 Scientists have found the real reason of the dinosaurs extinction, in the asteroid dust inside the ancient impact crater.

The unrivaled growth spurts of gargantuan dinosaur species — some of which skyrocketed from less than 35 pounds to more than 15,000 — likely explain a scarcity of medium-sized species in prehistoric ecosystems, says a study from the University of New Mexico and University of Nebraska–Lincoln.

Published in the journal Science, the study found that communities with massive dinosaur species — so-called megatheropods that weighed more than 2,200 pounds as adults — often lacked carnivorous species weighing between 2,200 and 220. 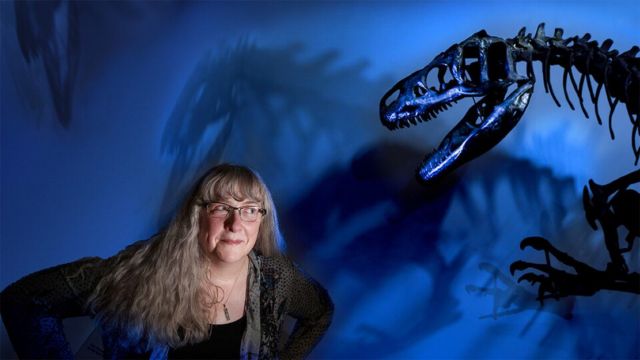 Kate Lyons eyes the skeleton of an Allosaurus at the University of Nebraska State Museum.  Craig Chandler | University Communication

The hypothesis for that is this idea that these big tyrannosaur dinosaurs, the babies, and then the teenage dinosaurs, would have eaten different things than their adults.

If you look at what the babies and the juvenile skulls look like, they would have transitioned from eating insects early on to eating other small vertebrates that are in the environment, until you get to the really big ones. What you end up with is one species that specializes on different things throughout its lifetime. What that means is that one species is out-competing multiple other possible dinosaur species as it grows.” 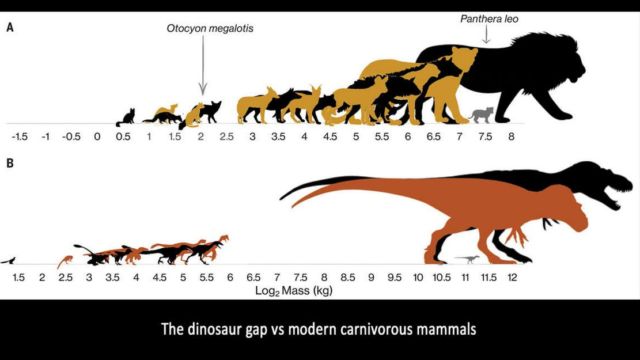 The findings suggest that juvenile Tyrannosaurs and young, developing offspring of other megatheropods outcompeted even the adults of intermediate-sized species for mutual prey as they moved up the food web, the researchers said.

“Dinosaur communities were like shopping malls on a Saturday afternoon — jam-packed with teenagers,” said Kat Schroeder, doctoral candidate at New Mexico and the study’s lead author. “They made up a significant portion of the individuals in a species and would have had a very real impact on the resources available in communities.”