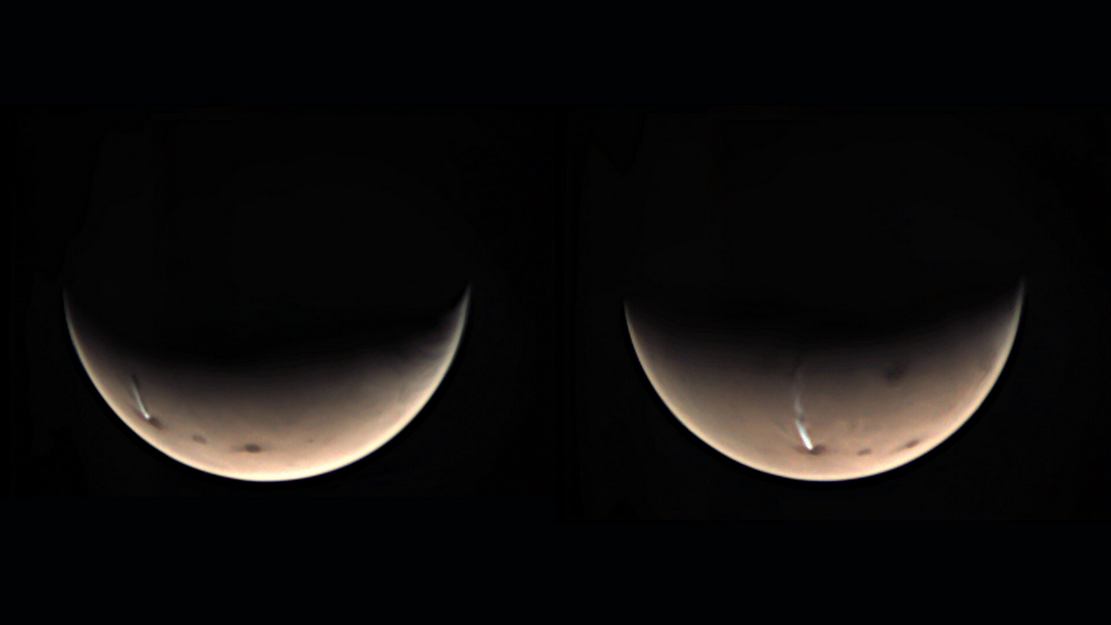 The secrets of curious cloud on Mars unlocked

The secrets of curious cloud on Mars unlocked 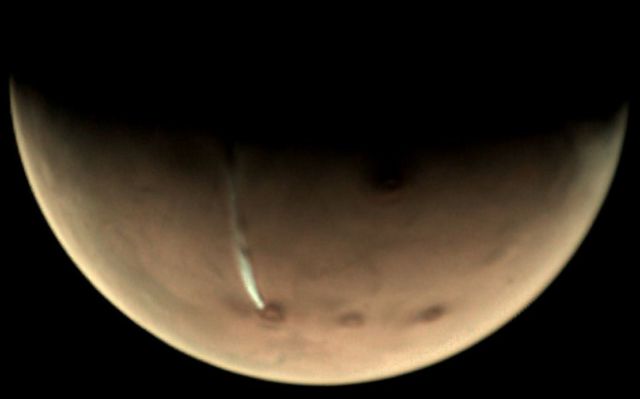 A detailed long-term study using Mars Express, now reveals the secrets of the elongated cloud on the red planet.

When spring arrives in southern Mars, a cloud of water ice emerges near the 20-kilometre-tall Arsia Mons volcano, rapidly stretching out for many hundreds of kilometres before fading away in mere hours. The secrets of curious cloud unlocked, using exciting new observations from the ‘Mars Webcam’ on ESA’s Mars Express. 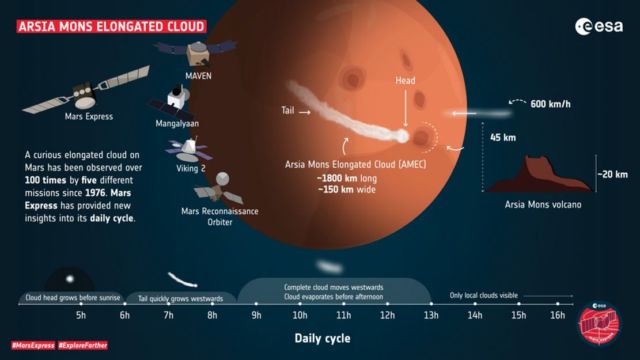 Mars Express has spied this cloud before as it hovers near the Arsia Mons volcano, just south of Mars’ equator. Puzzlingly, Arsia Mons is the only low-latitude location on Mars where clouds are seen – and the only one of numerous similar volcanoes in the region to possess such a veil of cloud – at this time of year.  Mars Express has seen this veil grow and fade on a daily basis throughout the spring and summer seasons, sending back striking images of this long and dramatic white cloud.

However, the cloud is difficult to observe in its entirety due to the fast, changeable dynamics of the martian atmosphere and the constraints of many spacecraft orbits, limiting our knowledge of how and why it forms and changes over time.

“To clear these hurdles, we used one of Mars Express’ secret tools – the Visual Monitoring Camera, or VMC,” says Jorge Hernández Bernal of the University of the Basque Country in Bilbao, Spain, lead author of the new findings and part of a long-term project studying the cloud’s dynamics.