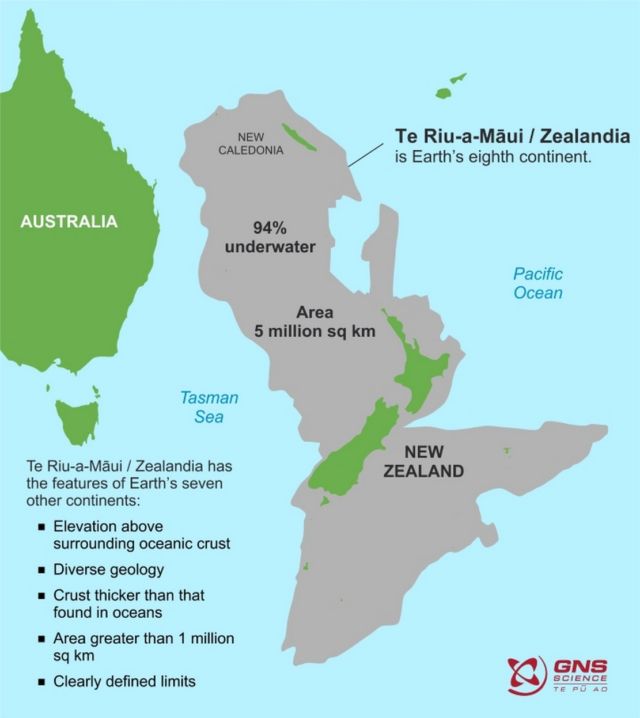 Scientists from GNS Science in New Zealand announced that they’d mapped the shape and size of the continent.

They give insights into the amazing forces that shaped Aotearoa New Zealand and the mostly submerged continent that lies beneath our feet.

The maps cover the bathymetry (shape of the ocean floor) and the tectonic origins of Earth’s eighth continent – the 5 million square kilometre Te Riu-a-Māui / Zealandia on which New Zealand sits.

They can also be accessed through a new interactive website called E Tūhura – Explore Zealandia (TEZ) – http://data.gns.cri.nz/tez. TEZ is designed for exploring onland and offshore geoscience data in and around Te Riu-a-Māui / Zealandia. 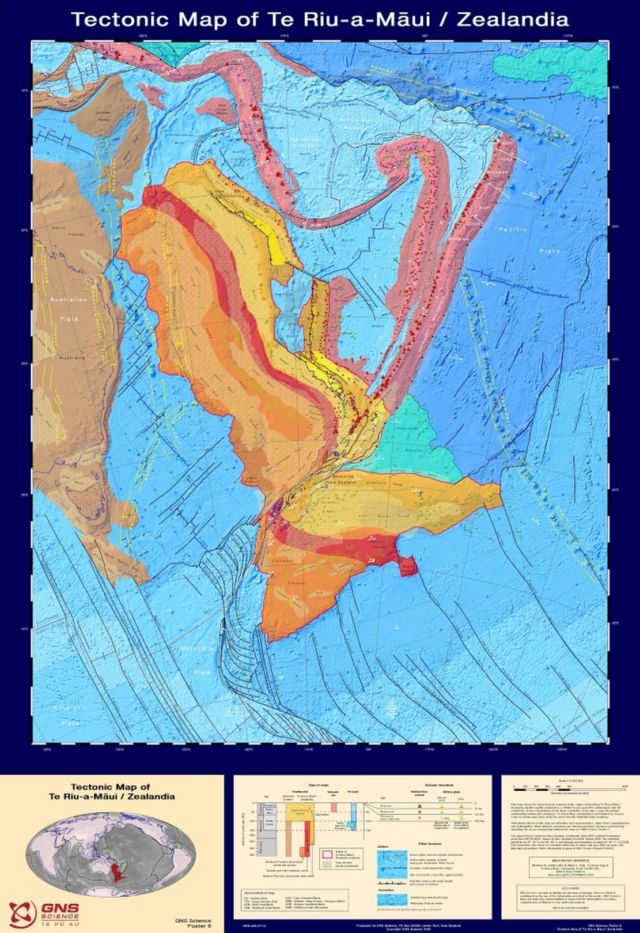 “These maps are a scientific benchmark – but they’re also more than that. They’re a way of communicating our work to our colleagues, stakeholders, educators and the public,” lead author of the maps, geologist Dr Nick Mortimer says.

“We’ve made these maps to provide an accurate, complete and up-to-date picture of the geology of the New Zealand and southwest Pacific area – better than we have had before.

“Their value is that they provide a fresh context in which to explain and understand the setting of New Zealand’s volcanoes, plate boundary and sedimentary basins.”