Space Station sailing Across the Sun

Space Station sailing Across the Sun 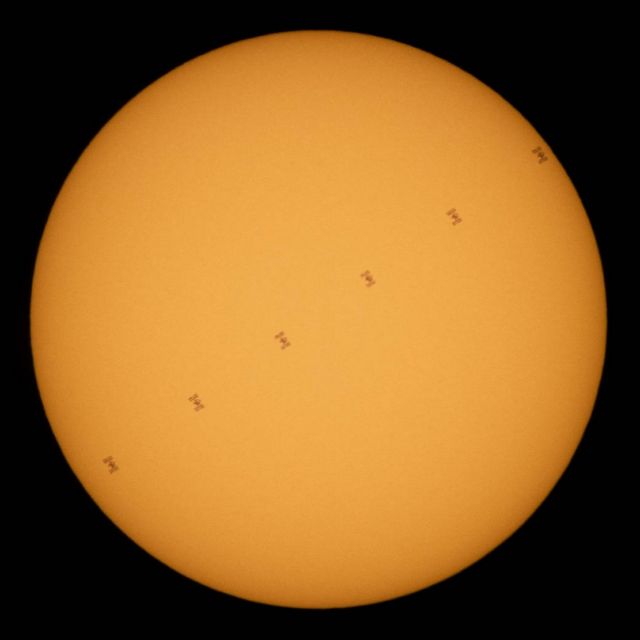 ISS Solar Transit.  A NASA photographer captured the Space Station as it passed directly between the Sun and Earth.

The International Space Station, with a crew of five onboard, is seen in silhouette as it transits the Sun at roughly five miles per second, Wednesday, June 24, 2020, from Fredericksburg, Va. Onboard are Expedition 63 NASA astronauts Chris Cassidy, Douglas Hurley, Robert Behnken, and Roscosmos cosmonauts Anatoly Ivanishin and Ivan Vagner. 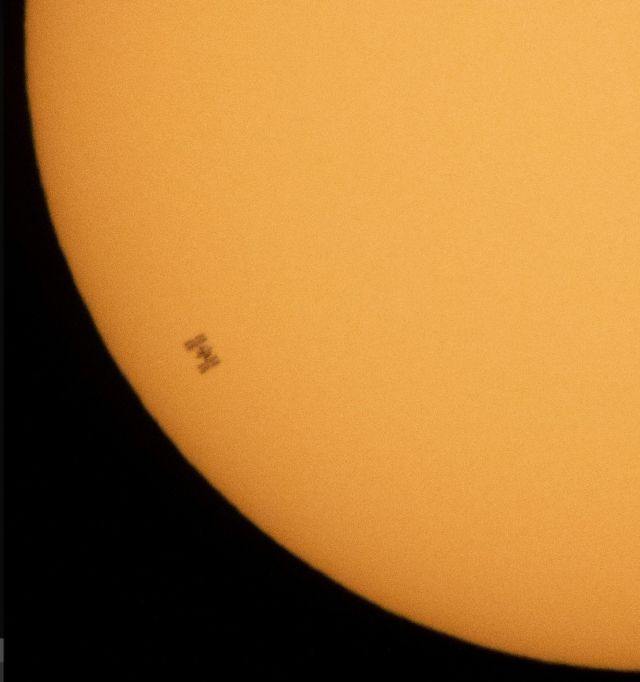