There are more Genes in Human than Stars in the Universe

There are more Genes in Human than Stars in the Universe 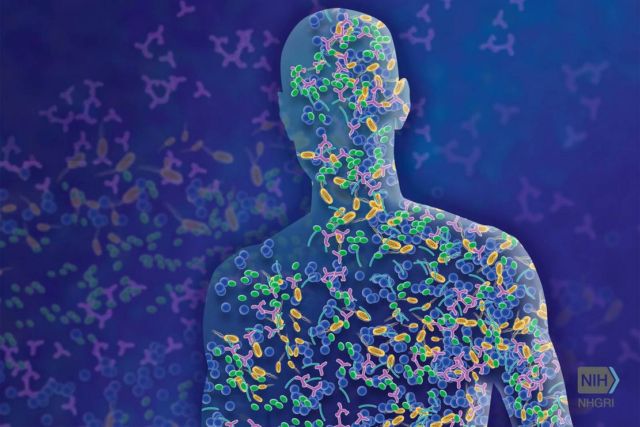 There may be more genes in the collective human microbiome than stars in the observable universe.

In a first, scientists map the genetic diversity of microbes residing in the human gut and mouth.

How many stars are there in the observable universe? It was once deemed an impossible question, but astronomers have gleaned an answer—about one billion trillion of them.

Now, scientists at Harvard Medical School and Joslin Diabetes Center have embarked on what could be a similarly daunting quest: How many genes are there in the human microbiome?

In a study published Aug. 14 in the journal Cell Host & Microbe, a team of microbiologists and bioinformaticians offer a first glimpse of the array of genes that make up the bacterial universe residing in each of us.

The findings thus far: There may be more genes in the collective human microbiome than stars in the observable universe, and at least half of these genes appear to be unique to each individual—a diversity far exceeding the researchers’ expectations.

The research is believed to be the largest analysis of its kind to date and the first one to include DNA samples from bacteria that reside both in the mouth and the gut. Past studies have focused on one or the other.

Even so, the work marks only the beginning of efforts to analyze the entire genome of the human microbiome.

“Ours is a gateway study, the first step on a what will likely be a long journey toward understanding how differences in gene content drive microbial behavior and modify disease risk,” said study first author Braden Tierney, a graduate student at Harvard Medical School.