There may be more Water on Mars

There may be more Water on Mars

A new study, looking more closely at underground water signals, sagest that there may be more water on Mars than previously thought.

A new paper finds more radar signals suggesting the presence of subsurface ‘lakes,’ but many are in areas too cold for water to remain liquid.

In 2018, scientists working with data from ESA’s (the European Space Agency’s) Mars Express orbiter announced a surprising discovery: Signals from a radar instrument reflected off the Red Planet’s south pole appeared to reveal a liquid subsurface lake. Several more such reflections have been announced since then.

In a new paper published in the journal Geophysical Research Letters, two scientists at NASA’s Jet Propulsion Laboratory in Southern California describe finding dozens of similar radar reflections around the south pole after analyzing a broader set of Mars Express data, but many are in areas that should be too cold for water to remain liquid.

“We’re not certain whether these signals are liquid water or not, but they appear to be much more widespread than what the original paper found,” said Jeffrey Plaut of JPL, co-principal investigator of the orbiter’s MARSIS (Mars Advanced Radar for Subsurface and Ionospheric Sounding) instrument, which was built jointly by the Italian Space Agency and JPL. “Either liquid water is common beneath Mars’ south pole or these signals are indicative of something else.” 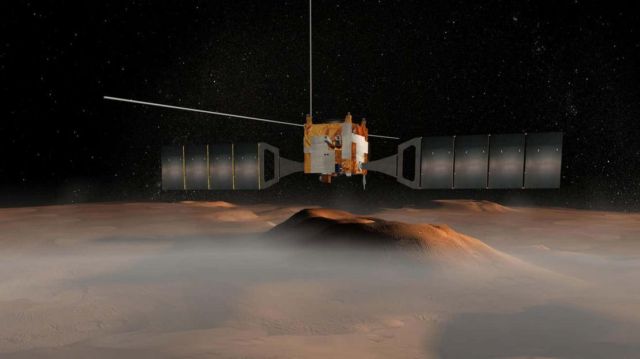