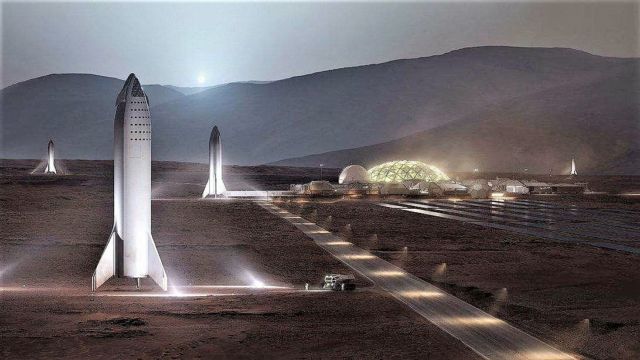 “Might make sense to have thousands of solar reflector satellites to warm Mars vs artificial suns,” suggesting that the best option is still “to be determined.”

The idea to use orbital mirrors to terraform Mars, that was suggested back in 2006 by scientist at University of Arizona, might not be as crazy as it sounds.

In 2006 University of Arizona undergrad Rigel Woida won a NASA prize to study “the use of large aperture, lightweight orbital mirrors for ‘terraforming’ an area of the martian surface so humans could affordably colonize the Red Planet.”

Musk also clarified what he means by “nuke Mars,” in a previous tweet, saying it “refers to a continuous stream of very low fallout nuclear fusion explosions above the atmosphere to create artificial suns. Much like our sun, this would not cause Mars to become radioactive.”