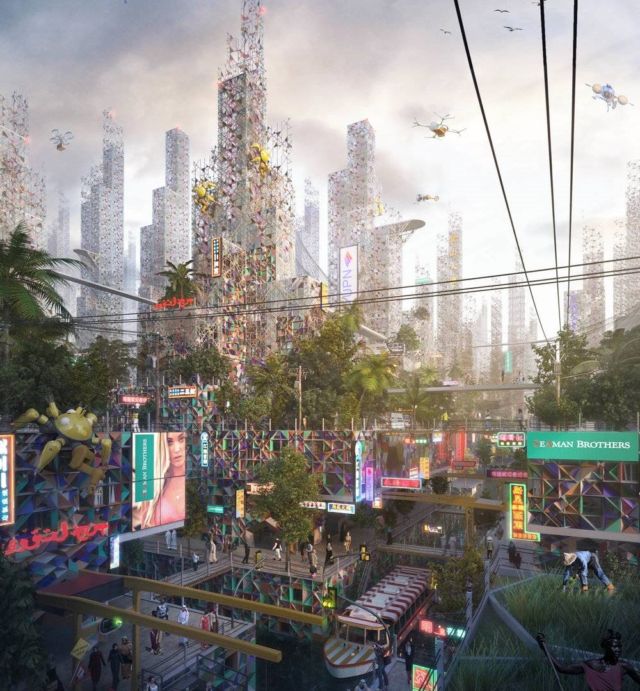 The United Plastic Nation (UPN), an ever-growing structure, floating through the ocean currents, slowly turning circles around the globe.

United Plastic Nation designed by Australia-based studio Freischärler, on its “way” collects and recycles plastic from the oceans.

Building material is produced, which is then 3D-printed by a swarm of robotic drones. Layer by layer, they build a completely self-sufficient city. The island grows both horizontally and vertically along a New York-like grid, forming an unsinkable iceberg structure. 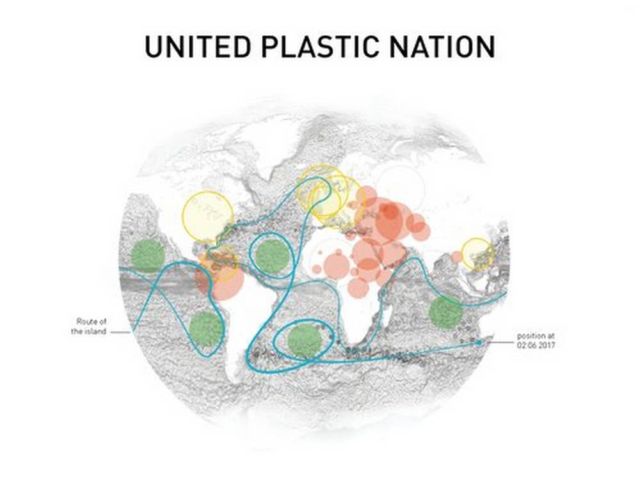 Eventually a landmass of 1km2 emerges with residential, industrial, recreational, and commercial zones – the first district of the UPN. Food is grown in vertical aquaponic farms, water and waste cycle through closed systems, and energy is produced by the waves. 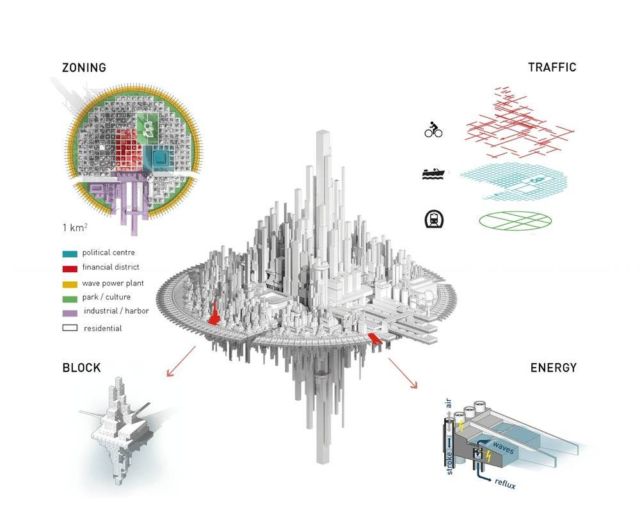 While growing, the island passes by all continents, connecting regions of poverty and despair with regions of wealth and prosperity. It collects its inhabitants from the army of forgotten and dispossessed who are stuck in between. Positioned in international waters, the UPN is bound by no national laws, thus enabling it to function as a tax haven and generate revenue.

The United Plastic Nation questions the concept of the nation state, which defines itself by exclusion of the outside via borders and citizenship. This island is instead by default inclusive, has no boarders, is part of all continents, and anyone can be become citizen. A society of true urban nomads is borne, not moving from city to city but moving their city themselves.