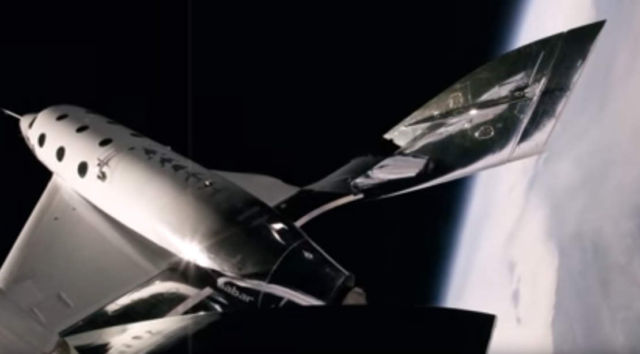 Virgin Galactic announced the signing of a Space Act Agreement with NASA’s Johnson Space Center to encourage commercial participation in orbital human spaceflight to the International Space Station (“ISS”) while enabling the development of a robust economy in Low Earth Orbit.

Under the agreement, Virgin Galactic will develop a new private orbital astronaut readiness program. This program will include identifying candidates interested in purchasing private astronaut missions to the ISS, the procurement of transportation to the ISS, on-orbit resources, and ground resources. Supporting and coordinating the use of ISS resources will be an important point of integration required for each private astronaut mission. The next generation of space traveller is interested in a variety of space experiences. Building on its commercial spaceflight training experience, Virgin Galactic believes it can provide an unparalleled, personalized customer experience for orbital space travel.

NASA is seeing greater demand for use of the ISS for scientific and technological research and development, commercial activity, and international collaboration. Private astronaut experiences could range from private citizen expeditions to government-enabled scientific research missions.

As part of this partnership, NASA will leverage Virgin Galactic’s commercial expertise and industry knowledge. Virgin Galactic will also contribute end-to-end program management and integrated astronaut training packages for private passengers, tailored to meet the needs for a commercial orbital space flight experience. The partnership also serves as a pathfinder for the ISS National Laboratory by demonstrating additional involvement by the commercial sector in human spaceflight, and may lead to commercial participants conducting research and other commercial activities aboard the ISS.