We Came in Peace for All Mankind

We Came in Peace for All Mankind 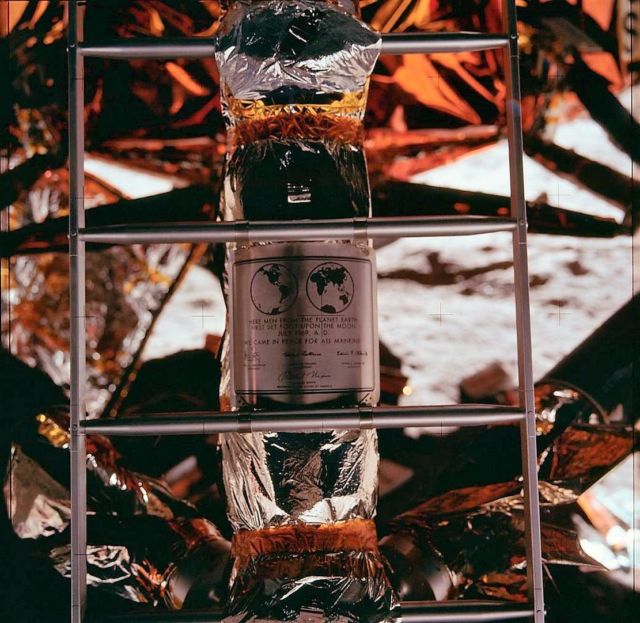 “We Came in Peace for All Mankind.” On July 20, 1969, two American astronauts made history by landing on the surface of another celestial body.

This image is a close-up view of the plaque, which Apollo 11 Commander Neil Armstrong and lunar module pilot Buzz Aldrin left on the Moon in commemoration of the historic lunar landing mission.

The plaque was attached to the ladder on the landing gear strut on the descent stage of the Apollo 11 lunar module. The plaque was covered with a thin sheet of stainless steel during flight.

Astronaut Michael Collins, command module pilot, remained with the command and service modules in lunar orbit while Armstrong and Aldrin explored the Moon.