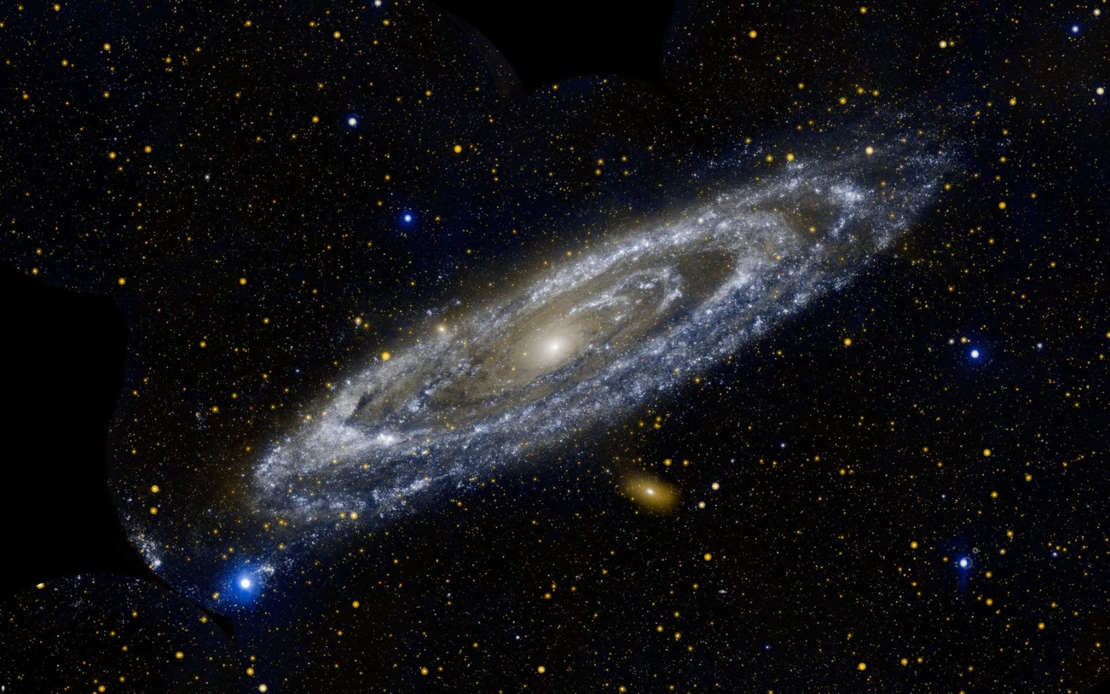 We have been wrong about the size of Andromeda Galaxy

We have been wrong about the size of Andromeda Galaxy 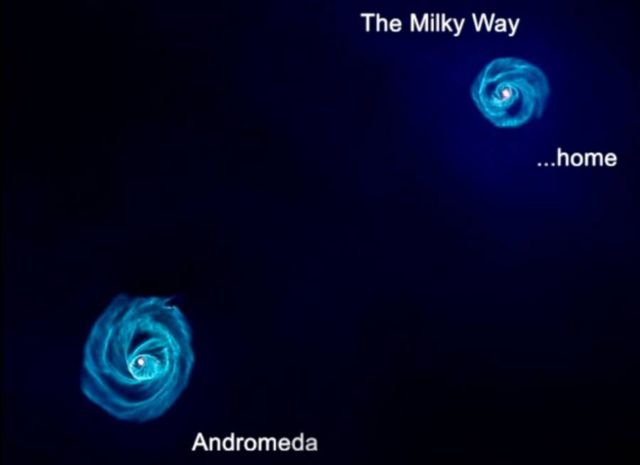 Andromeda galaxy, our nearest big neighbor, is roughly the same size as the Milky Way.

It had been thought that Andromeda was two to three times the size of the Milky Way, our home galaxy, but the latest research, evens the score between the two neighbor galaxies.

Above, the Milky Way and Andromeda. Credit: ICRAR

According to astronomers the weight of the Andromeda is 800 billion times heavier than the Sun.

Astrophysicist Dr Prajwal Kafle, from The University of Western Australia node of the International Centre for Radio Astronomy Research, said the study used a new technique to measure the speed required to escape a galaxy. He said:

“When a rocket is launched into space, it is thrown out with a speed of 11km/s to overcome the Earth’s gravitational pull.
Our home galaxy, the Milky Way, is over a trillion times heavier than our tiny planet Earth so to escape its gravitational pull we have to launch with a speed of 550km/s.
We used this technique to tie down the mass of Andromeda.
By examining the orbits of high speed stars, we discovered that this galaxy has far less dark matter than previously thought, and only a third of that uncovered in previous observations.”

In about five billion years time, nearby massive galaxy Andromeda will merge with our own galaxy, the Milky Way. There haven’t been any large mergers with our galaxy recently, but we can see the remnants of galaxies that have previously been snacked on by the Milky Way. We’re also going to eat two nearby dwarf galaxies, the Large and Small Magellanic Clouds sometime in the future.

This simulation shows what will happen when the Milky Way and Andromeda get closer together and then collide, and then finally come together once more to merge into an even bigger galaxy.