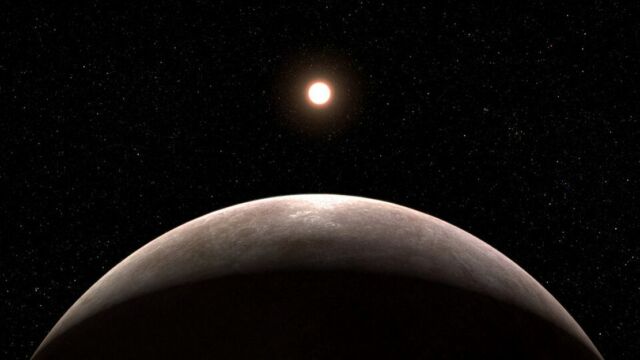 Researchers have confirmed the presence of an exoplanet, using the NASA/ESA/CSA James Webb Space Telescope for the first time. Formally classified as LHS 475 b, the planet is almost exactly the same size as our own, clocking in at 99% of Earth’s diameter. 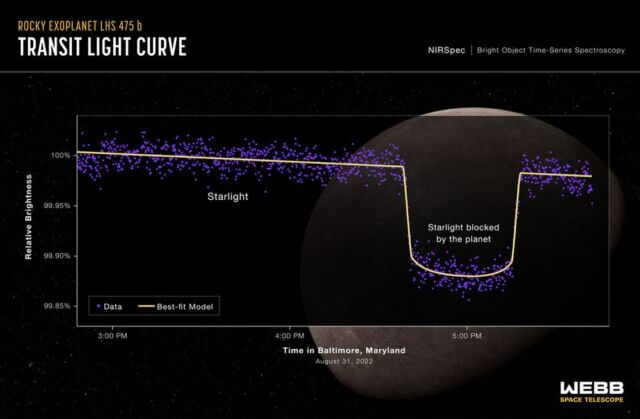 The research team is led by Kevin Stevenson and Jacob Lustig-Yaeger, both of the Johns Hopkins University Applied Physics Laboratory in Laurel, Maryland. The team chose to observe this target with Webb after carefully reviewing data from NASA’s Transiting Exoplanet Survey Satellite (TESS) which hinted at the planet’s existence. Webb’s Near-Infrared Spectrograph (NIRSpec) captured the planet easily and clearly with only two transit observations. “There is no question that the planet is there. Webb’s pristine data validate it,” said Lustig-Yaeger. “The fact that it is also a small, rocky planet is impressive for the observatory,” Stevenson added.

“These first observational results from an Earth-sized, rocky planet open the door to many future possibilities for studying rocky planet atmospheres with Webb,” agreed Mark Clampin, Astrophysics Division director at NASA Headquarters in Washington. “Webb is bringing us closer and closer to a new understanding of Earth-like worlds outside the Solar System, and the mission is only just getting started.”