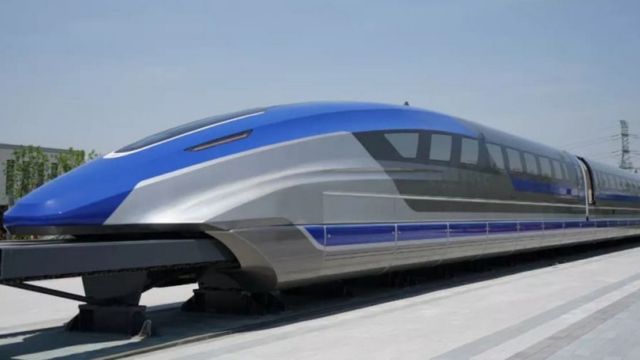 A sleek maglev train that can reach speeds of up to 373 miles per hour (600km/h), world’s fastest, debuts in China.

The maglev train uses electro-magnetic force to ‘float’ above the track.

The train was developed by the state-owned China Railway Rolling Stock Corporation.