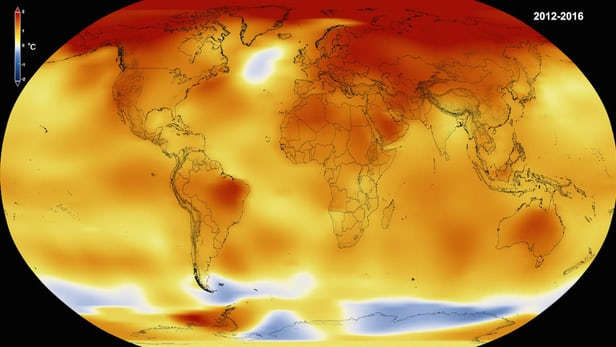 2016 was the hottest year on record, continuing a decades-long warming trend.

Scientists at NASA’s Goddard Institute for Space Studies (GISS) analyzed measurements from 6,300 locations and found that Earth’s average surface temperature has risen about 2.0 degrees Fahrenheit (1.1 degrees Celsius) since the late-19th century, largely a result of human emissions into the atmosphere.

“2016 is remarkably the third record year in a row in this series,” said GISS Director Gavin Schmidt. “We don’t expect record years every year, but the ongoing long-term warming trend is clear.” 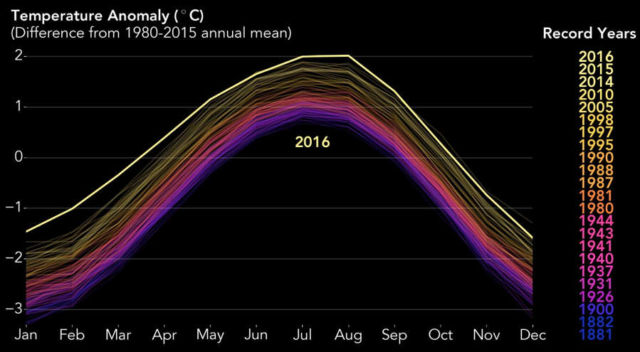 The planet’s long-term warming trend is seen in this chart of every year’s annual temperature cycle from 1880 to the present, compared to the average temperature from 1880 to 2015. Record warm years are listed in the column on the right.  Credit NASA/Joshua Stevens, Earth Observatory