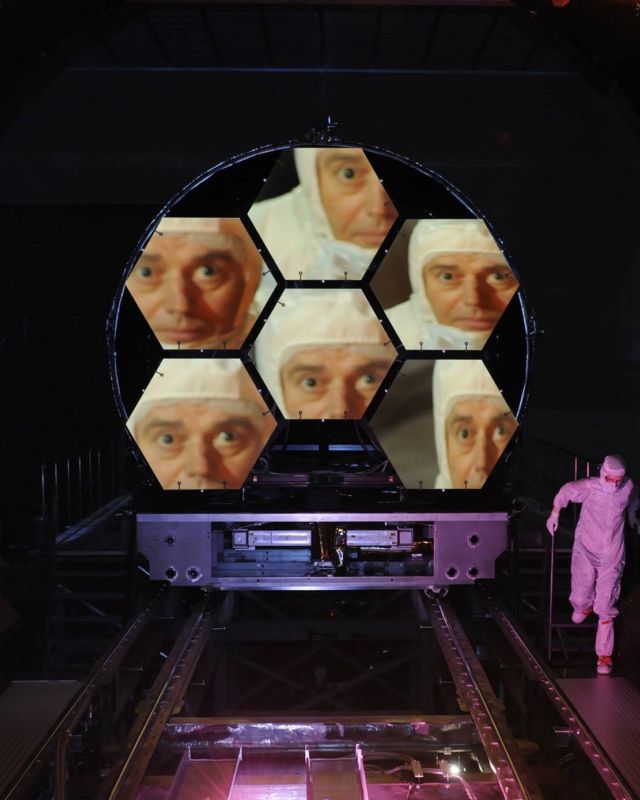 Project scientist Mark Clampin is reflected in the flight mirrors of the James Webb Space Telescope during testing at the Marshall Space Flight Center.

In the intervening years, Webb has undergone a series of increasingly intensive tests and is slated to launch on Dec. 18, 2021.