Earth is losing 1.3 trillion tonnes of Ice a year

Home/Posts/NATURE/Environment/Earth is losing 1.3 trillion tonnes of Ice a year
Previous Next

Earth is losing 1.3 trillion tonnes of Ice a year 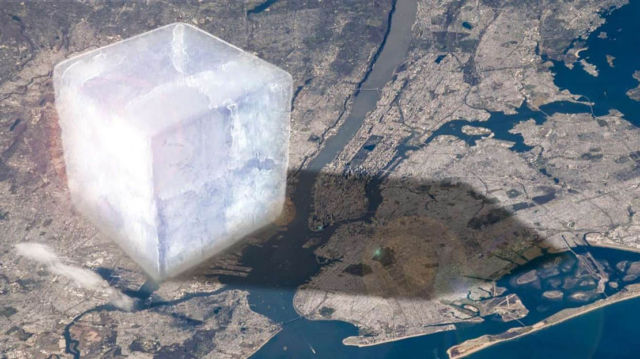 Scientists confirm that the speed of ice loss is increasing and our planet is losing 1.3 trillion tonnes a year.

The rate at which ice is disappearing across the planet is speeding up, according to a new research.

Ice melt across the globe yearly is more than a trillion tonnes, ‘enough for a 10 km-wide ice cube that would dwarf New York City.’

Planetary Visions said about the graphic:

“Our latest computer graphics illustrate science results from the UK’s Centre for Polar Observation and Modelling, who used data from CryoSat and other ESA satellites to measure the ice lost from glaciers, ice shelves, ice sheets and sea ice since 1994.”

The Earth lost 28 trillion tonnes of ice between 1994 and 2017 – equivalent to a sheet of ice 100 metres thick covering the whole of the UK.

The research is the first of its kind to carry out a survey of global ice loss using satellite data.

Tom Slater, the study’s lead author and ice researcher at the University of Leeds, said:

“The ice sheets are now following the worst-case climate warming scenarios. Although every region we studied lost ice, losses from the Antarctic and Greenland ice sheets have accelerated the most.”

The study published in the Cryosphere.