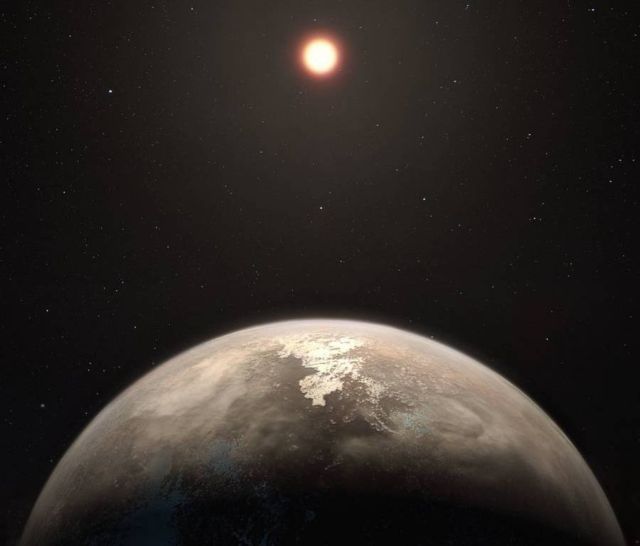 Astronomers discovered one of the closest Earth-like planets just 11 light years away.

A temperate Earth-sized exoplanet has been discovered only 11 light-years from the Solar System by a team using ESO’s unique planet-hunting HARPS instrument. The new world has the designation Ross 128 b and is now the second-closest temperate planet to be detected after Proxima b.

Above, artist’s impression of the planet Ross 128 b. Credit ESO

It is also the closest planet to be discovered orbiting an inactive red dwarf star, which may increase the likelihood that this planet could potentially sustain life. Ross 128 b will be a prime target for ESO’s Extremely Large Telescope, which will be able to search for biomarkers in the planet’s atmosphere.

A team working with ESO’s High Accuracy Radial velocity Planet Searcher (HARPS) at the La Silla Observatory in Chile has found that the red dwarf star Ross 128 is orbited by a low-mass exoplanet every 9.9 days. This Earth-sized world is expected to be temperate, with a surface temperature that may also be close to that of the Earth. Ross 128 is the “quietest” nearby star to host such a temperate exoplanet.

“This discovery is based on more than a decade of HARPS intensive monitoring together with state-of-the-art data reduction and analysis techniques. Only HARPS has demonstrated such a precision and it remains the best planet hunter of its kind, 15 years after it began operations.” 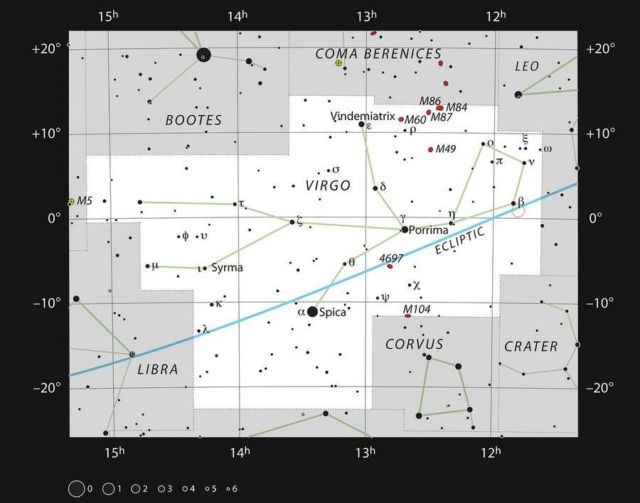 The red dwarf star Ross 128 in the constellation of Virgo.  Credit ESO